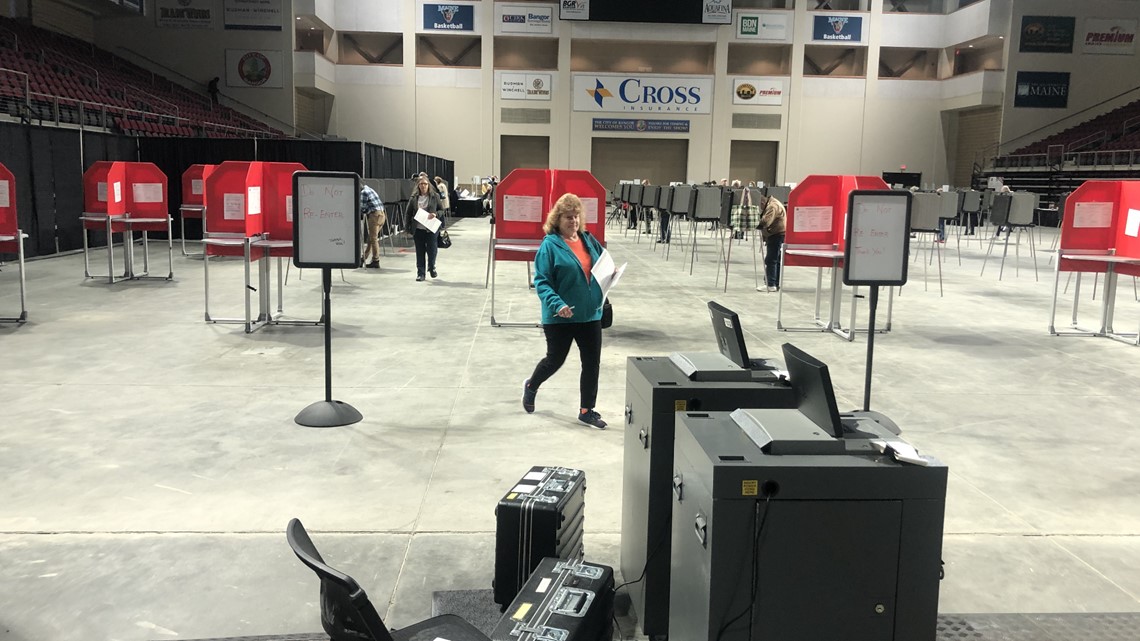 BANGOR, Maine — UPDATE:
Bangor voters on Tuesday elected Gretchen Schaefer, Susan Hawes and Dina Yacoubagha to the city council, and chose Sara Luciano and Ben Sprague to sit on the school board.

Candidates for the Bangor School Committee:

Bangor’s first results for question 1, question 2 and question 3 are in:

ORIGINAL: Early Tuesday morning, voters headed to the polls across the state.

Voters in Bangor who did not vote by mail can vote at the Cross Insurance Center.

Bangor City Clerk Lisa Goodwin said at noon the vote had been stable throughout the day.

Goodwin said about 400 absentee ballots have yet to be returned. These can still be dropped off at the City Clerk’s office or at the drop box outside of City Hall. Goodwin asked residents not to bring their ballots to the Cross Insurance Center.

She said poll workers would work hard to get the results as soon as possible.

“Well, I would like to say we would have them right after the polls close, but we have to deal with all the absentees who come back today and then we have to turn in all the ballots that couldn’t go through the machine, so I’m hoping to have the total votes by 9 a.m.,” she said.

“It shouldn’t take more than 15 minutes to vote, it might take a little longer at dinner time tonight when a lot of people are coming off work, they’ll stop and vote then,” Goodwin said.

Goodwin would like to encourage everyone to vote tonight.

“For Bangor we have our school council and our city council races, that’s very important, they represent all the people of the city of Bangor and it’s important that you go out and choose your representatives,” she said. declared.

I’m live at the Cross Insurance Center in Bangor tonight to bring you the latest on voter turnout here on Election Day. #MEpolitics #NEWSCENTERmaine pic.twitter.com/wY43xJ8jSg