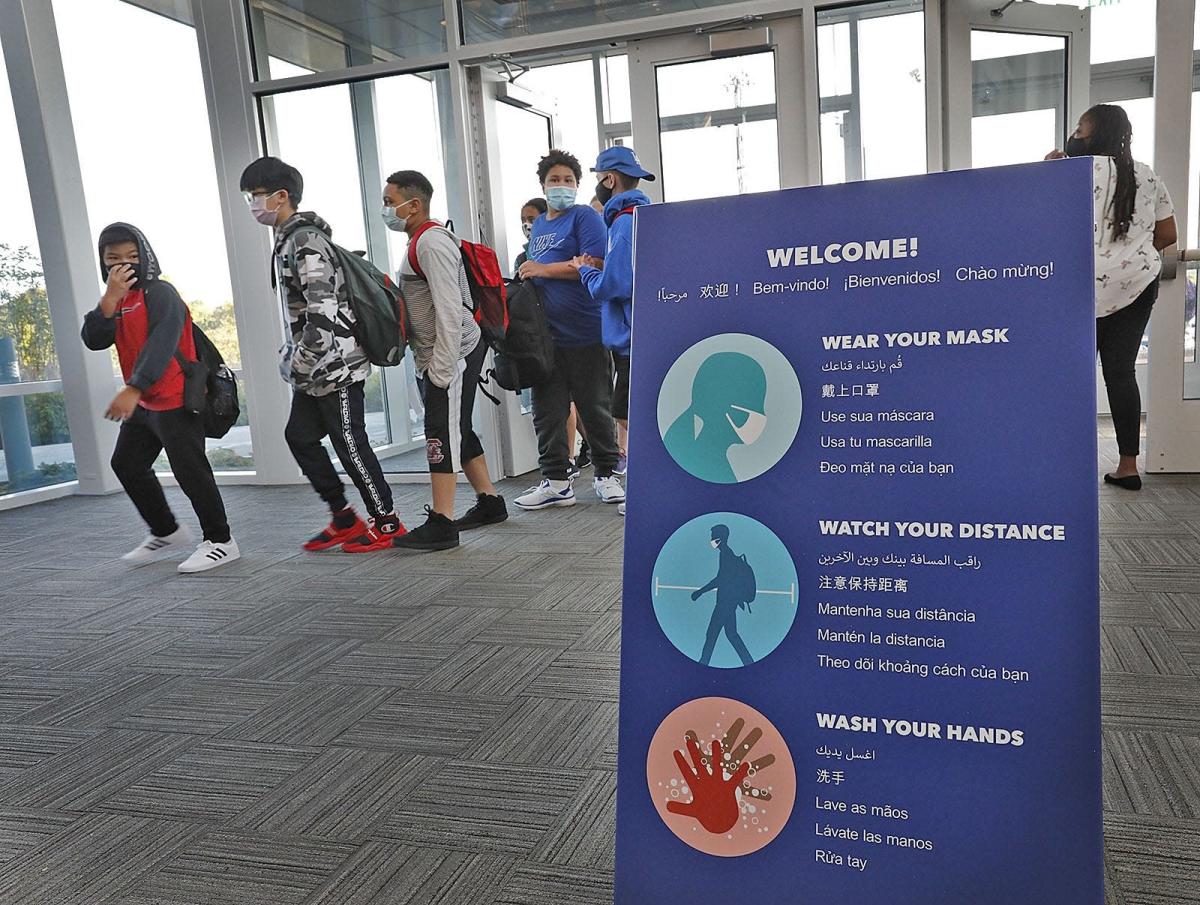 BRAINTREE – The day the State Department of Education extended the mask-wearing requirement Inside school buildings, the Braintree School Committee postponed much of its agenda because two of its seven members were not wearing masks.

The maskless members were Tom Devin, who has been on the committee for a decade, and Matthew Lynch, who was attending his first meeting as a committee member. The meeting took place Monday evening in the auditorium of East Middle School.

Neither offered an explanation for their decision, though Lynch campaigned on a platform to bring decision-making back to the state’s local level and oppose mask mandates.

The number of COVID-19 cases across the country and state has increased due to the omicron variant of the coronavirus.

After the school board reorganized, new chairwoman Lisa Fiske Heger noted that the state Department of Elementary and Secondary Education had extended its mask requirement through Feb. 28. The requirement covers most students, staff and visitors to school buildings.

Pembroke’s Top Earners: Find out what City of Pembroke employees earned in 2021

Heger said she will contact each member of the school committee individually about their preference for future meetings, whether to hold them remotely on Zoom or in person at a municipal building. Since Monday’s meeting was held at East Middle School, the state’s mask mandate applied to school committee members.

The committee then voted to adjourn. The next meeting is scheduled for January 24.

For Heger, this will be the third time she has assumed the chairmanship of the committee. She had been its president for four years.

‘Cause of concern’: Warren and Markey seek federal review of Plymouth prison conditions

Kelly Cobb-Lemire was elected Vice-Chair and Karla Psaros was chosen as Recording Secretary.

The city council and school committee have been holding in-person meetings since the spring, while many other city councils have continued meetings remotely.

The state Department of Education reported last week that in the two weeks leading up to Jan. 5, 381 students at Braintree Public Schools tested positive for COVID-19, as did 175 staff members.