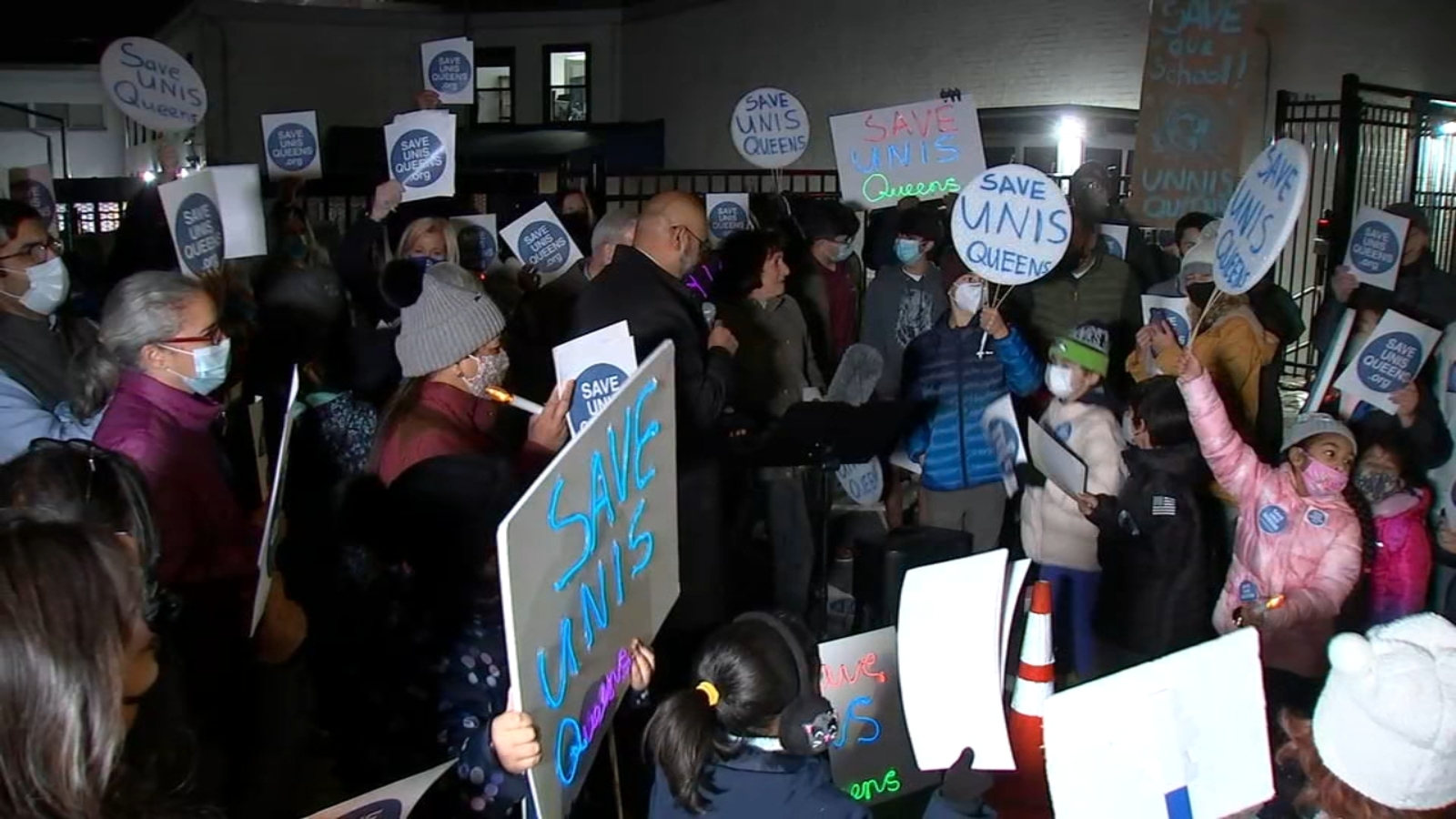 Closure of the Queens campus of the United Nations International School; Students and parents fight to reverse their decision

In a generally quiet block of Jamaica Estates, children and their parents have prepared for battle in a last-ditch effort to save their school.

“We were surprised that this rug was suddenly pulled out from under us,” mother Carole Maraj said.
The United Nations International School (UNIS) Queens Campus has been teaching K-8 for decades.

But this month, school administrators made a sudden announcement. The campus will close at the end of the school year. Instead, students will be transported by bus for one hour to the main campus in Manhattan.

“There is enough money they can invest in the school in the short term to turn around schooling,” said parent and former student Udai Tambar.

It can be hard to believe that money is the problem with $40,000 tuition.

But the school says enrollment at the smaller campus has been declining for years and the campus is running nearly $2 million in the red, driving down finances for the entire school.

It was founded alongside the United Nations in the 1940s, primarily to educate the children of the people who worked there.
“We did everything we could to reverse the downward trend,” a spokesperson said in an email. “Once schools reopened after a year of online learning, we continued to see a decline in enrollment.”

The parents say they never knew there was a problem and insist they could be part of a solution.

“Put this on hold, give us three years to turn it around. We know we can do it, just give us the chance to do it,” Maraj said.

There is exactly one other place families can turn to reverse this decision and that is at the highest level of international government.

The Secretary General of the United Nations is the person who appoints the board members who want to close the school. And so, for the families, he is now their only hope.