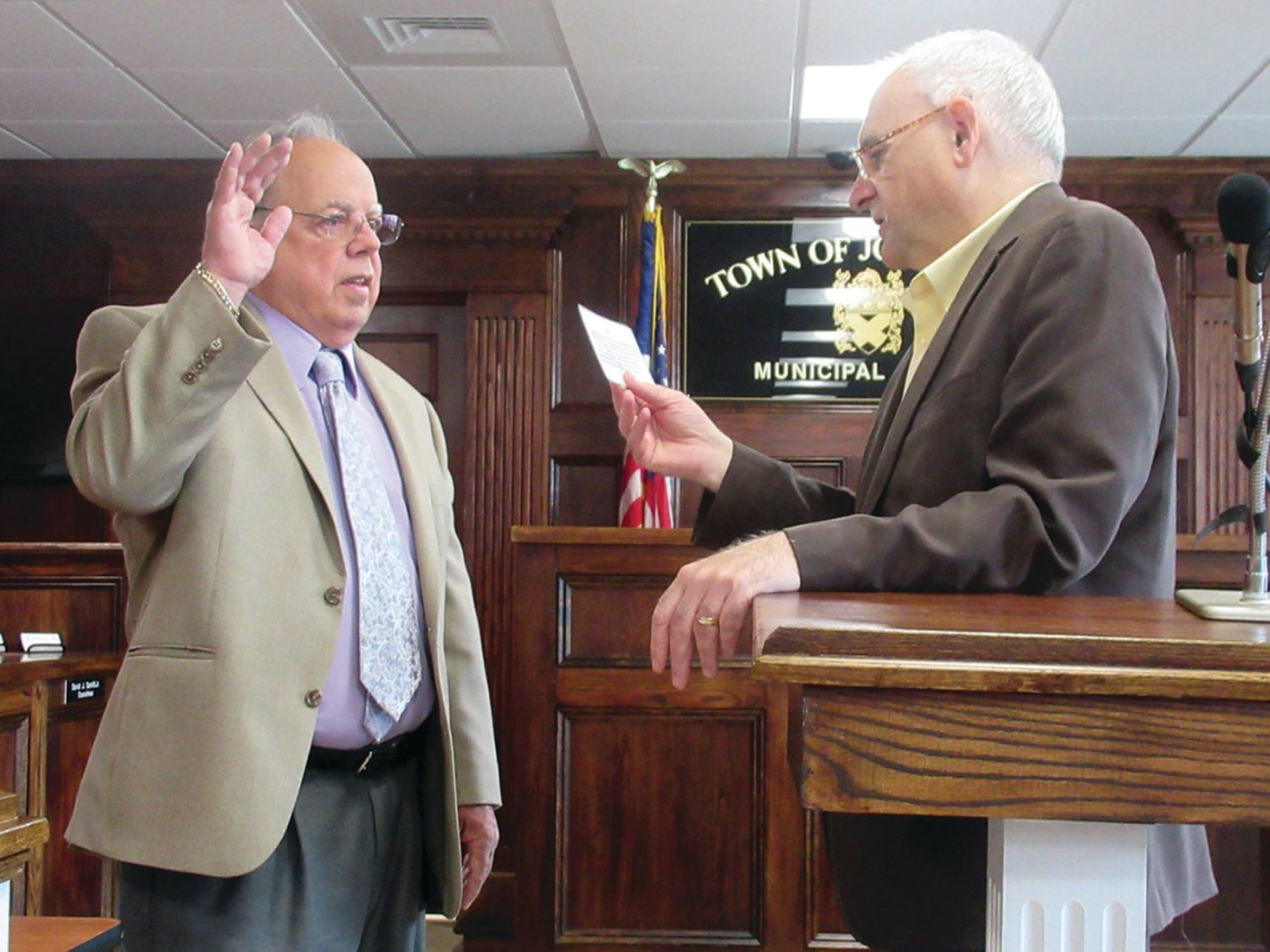 A Johnston School committee member quietly resigned and a replacement was sworn in.

“I will be resigning as a member of the District 3 School Committee effective December 31, 2021,” Santilli wrote in his letter. “Thank you for the opportunity to serve our city and my constituents in District 3.”

Santilli did not respond to multiple calls for comment.

At Monday night’s meeting, Marysue Andreozzi was sworn in by Polisena after city council members voted in a snap, unanimous and secret election.

Santilli expressed frustration with the process of building the new school after the November 9 school committee meeting. He went on vacation before the holidays and did not attend the December meeting. Then, a few days before Christmas, he handed in his letter of resignation.

“David has been involved in politics for a long time,” Polisena said Tuesday. “He did a very credible job. He was on the school board years ago. And then he sat on the (municipal) council and again on the school committee. I guess he probably wants to spend more time with his family.

Santilli, a local businessman, owns and operates The Jewelry Center at 1463 Atwood Ave. He left his District 3 seat on Johnston City Council in 2018 when he announced he would not run again. This seat is now held by Joseph Polisena Jr.

“I think he did a great job, and he will be missed, but family comes first and family obligations come first,” Polisena said. “He’s had his day. He also has a business…a local business in town. When you’re a business owner, it’s not very easy to do your business and try to play politics.

Former school board chair Janice D. Mele died in April 2019 and created what Polisena at the time called a “huge void” in the board. Johnston Democrats have suggested Santilli complete the remaining two years of Mele’s term.

Santilli was then elected to the seat for a full term in 2020. At the time of his resignation, he was less than halfway through the four-year term, which will expire in 2024.

Andreozzi serves on the board of the Marian J. Mohr Memorial Library.

“I have known her for a long time,” Polisena said. “She is very, very active in local politics. He’s really a good person; very sincere. She is not at all pretentious and she wants to do what is good for the children.

Polisena described Andreozzi as a proud “mother and grandmother” to Johnston.

Andreozzi will hold the District 3 seat until elections next fall.

“Now keep in mind that she has to run in November because the council has just filled the seat until the next election,” Polisena explained. “For her to keep that seat, she has to run in November, and if she runs and she wins, she will only be in office for two years. She will have to run again in two years. She completes Santilli’s mandate… This is why the Council, according to the Charter, is able to appoint someone to the seat so that it does not remain vacant. Thus, this district obtains a representation… by not having a vacant seat.

Andreozzi was welcomed to the school committee during its regular monthly meeting on Tuesday, via Zoom. She could not be reached for comment by this week’s deadline.

In 2019, Santilli was optimistic while contemplating his future on the Johnston School Committee.

“I know I can help the Johnston School District,” Santilli said in 2019. “I’ve been there before and done it before and I look forward to working with the committee and continuing to move forward. our schools.”

School committee chairman Robert Lafazia did not return a call or email seeking comment on the story.