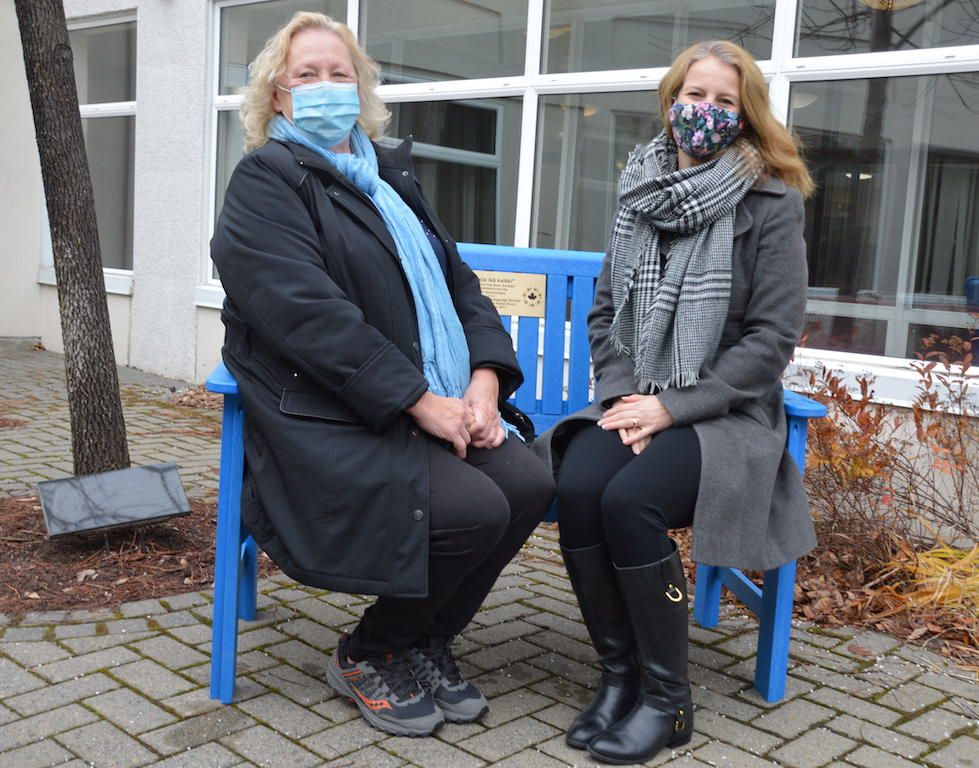 A blue bench was unveiled under a blue tarp on Sunday at Finlandia Village to mark half a century of language teaching.

A school was established in 1971 to ensure the survival of the Finnish language in the Sudbury area, along with other aspects of culture that were already maintained, said Norma Rautiainen, vice-president of the Finnish Language School. of Sudbury.

“A lot of Finns emigrated here after the First World War and the Second World War, and of course they wanted to have things that they had from home, so they started to build halls for dances and weddings, spaces for athletics and skiing, churches, bakeries, businesses,” she said. “They had everything, but a small group of people decided we should also have something to preserve the language Finnish.”

The school had small beginnings, but “became a pretty big thing, with lots of teachers and lots of students in lots of different places,” she said.

Currently, the school offers three adult classes via Zoom, as well as a children’s class taught in person at the Siion Pentecostal Church.

Similar schools span the continent — “they are even in places like Dubai, Africa and Australia,” Rautiainen noted — and funding is made available through an organization affiliated with the government in Finland. The local school depends partly on this money, but also on fundraising and donations.

In addition to language lessons, the school runs a summer day camp at Hannah Lake (at least in non-pandemic years) where children are not only exposed to the language, but “go to the sauna and swim every day. “said Rautiainen. They also learn about Finnish traditions, including folk dancing and baking.

“Some of us bring food there,” the school’s vice president said. “We have a specialty at Easter, called Mammi, which looks a bit gross, but we got Finns to eat it, and even non-Finns to eat it.”

As the school turns 50, Rautiainen said there was a desire to both mark a milestone and “give back to the community”.

Donating and installing a bench at Finlandia Village was a logical decision, she said, as the school has a long relationship with the aged care facility.

“Before the pandemic, we held all of our board meetings here, and we participated in Mayfair and Finnish Independence Day celebrations,” she noted. “We have children performing here and these concerts are very popular with older people.”

Located outside the Palvelukoti apartment complex, near the entrance to the Hoivakoti retirement home, the bench provides a convenient place for residents – as well as staff and visitors – to rest, while reflecting on the history of the language school and of Finlandia itself.

“A lot of us know that this whole Finlandia project started with Finns who had a vision,” Rautiainen said emotionally. “They wanted a place where people could retire. And I just hope that when people sit on that bench they think of the Finns who started it all.”

The bench features a plaque commemorating the language school’s 50th anniversary, as well as the slogan “Oppia ika kaikki”, which means “Never too old to learn”.

Reijo Viitala, president of the Finnish Nursing Home Society, said the sentence was “very fitting”, while stressing that Finlandia had an extensive walking programme.

“This bench will invite walkers out and invite them to sit down,” he said.