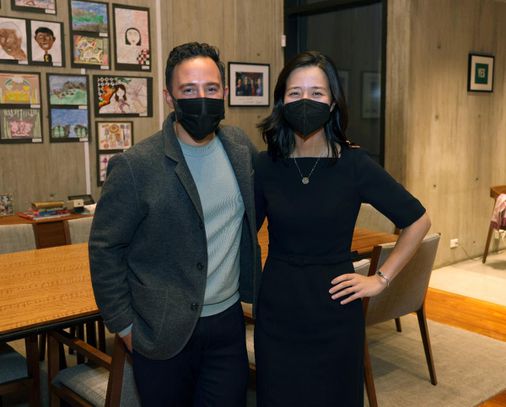 “Brandon is a lifelong student advocate and brings a wide range of experiences to the committee,” Wu said in a statement. “His dedication to equity in the classroom and beyond has rooted his work as an organizer, educator and policymaker.”

Cardet-Hernandez is currently executive director of The Ivy Street School, a private Brookline therapeutic program serving students with autism, anxiety, ADHD and other learning disabilities, a position he accepted in November. 2020. Previously, as an advisor to the New York Mayor, he played a key role in managing the emergency response to COVID-19 in the city’s public schools.

“Throughout my career, I have worked to strengthen and create the conditions that allow our young people – especially the most vulnerable – to thrive,” Cardet-Hernandez said in a statement. “I am thrilled to have the opportunity to bring my experiences in the classroom and in education policy to support our Boston Public School students, families, and educators.”

It was Wu’s fourth appointment to the school committee since being elected mayor in November, an election that also advanced the decision to cut or eliminate council appointees.

After a long debate over the committee’s structure — it’s the only unelected school board in the state — Boston voters last fall approved a ballot question calling for its members to be elected, not appointed by the mayor. Passed with more than 78% of the vote, the measure is not legally binding, but its passage has prompted city councilors to take the first steps to consider the change.

Mayor Wu said he supports a hybrid structure, with some members elected and others appointed.

The newest committee member, who lives in South Boston with her husband and 4-year-old son, has also worked as a community organizer, college and career counselor, and special education teacher. He was principal of the Urban Assembly Bronx Academy of Letters, a public school in New York, before becoming an adviser to de Blasio.

Earlier this month, Wu nominated Stephen D. Alkins Jr. for a four-year term on the school board; Alkins is the Head of Diversity, Equity and Inclusion at TERC, a Cambridge-based non-profit research group working to improve math and science education. He is a cellular neuroscientist as well as a spoken word poet, according to his profile on the TERC website.

In November, the mayor reappointed Lorena Lopera and Rafaela Polanco García for the remainder of their terms on the school committee, which ends in 2024. Ernani DeAraujo, appointed to the council by Mayor Marty Walsh a year ago, was not renewed.

I am honoured, excited and full of energy! And without wasting time – I’m ready to get to work for our children, our families and our educators ❤️ – thank you @MaireWu https://t.co/jRXArYJQTM