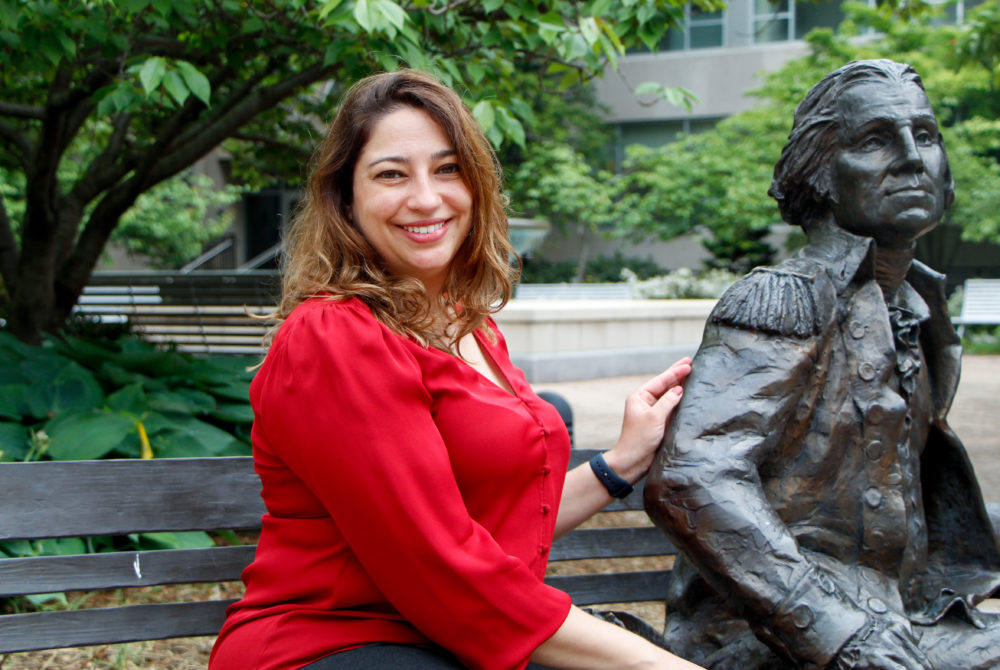 A professor of international affairs launch a mentorship and financial aid workshop this summer for underrepresented political science students transitioning to graduate programs.

Laila Sorurbakhsh, assistant professor of international affairs and principal researcher of the workshop, said the Breaking Barriers to Entry project will provide financial, academic and psychological support to 14 “non-traditional” mid-career or first-generation students from the whole country after receive more than $24,000 to fund the workshop. She said the project will provide graduate-level research assistance that underrepresented students may not have received throughout their undergraduate years to prepare them for further education.

Sorurbakhsh said faculty mentors will guide program participants with graduate applications, offer advice on how to be professional in graduate school, and continue to advise participants on graduate skills, such as research. , throughout their first semester of graduate studies. She said the workshop will teach writing and analyzing data at the graduate level that is not taught in undergraduate programs so that students can focus on class content instead of grapple with the logistics of each graduate assignment.

“I want students to feel like they have a good working foundation of college-level skills at the start of their college career so they can have the confidence to get started,” Sorurbakhsh said in an email. .

The American Political Science Association funded the grant that cover all workshop expenses, which include a laptop computer and manuals for program participants. Sorurbakhsh — who leads the workshop with David Branham, co-principal investigator and professor at the University of Houston-Downtown — said the workshop is free for attendees and will waive application fees for programs in graduate studies at the Elliott School of International Affairs and the Masters Program in Nonprofit Management at the University of Houston-Downtown.

the application The process began earlier this month and will continue until the end of May. Applicants will receive an admissions decision in early June, and the workshop will run over four four-hour sessions over the summer.

Sorurbakhsh said she will be launching an unaffiliated workshop resource page this summer for all her incoming graduate students at GW with videos on writing literature reviews and reading scholarly articles to prepare students for studies. graduates before the start of the semester.

Sorurbakhsh said graduate students, not just in political science, find it difficult to move from an undergraduate to a graduate program because they have different disciplines, and his program will focus on political science as it is applicable in several disciplines like international affairs, public administration and public policy.

“It’s extremely difficult to navigate without prior mentoring,” Sorurbakhsh said.

Joseph Roberts, professor of politics and international relations at Roger Williams University, said non-traditional students like first-generation students need additional mentorship because resources that prepare students for graduate school, such as advice on standardized tests or personal statements from professors are not always guaranteed. undergraduate programs.

“First-generation students often don’t know what questions to ask about graduate school, so I think they don’t get good mentorship from professors,” Roberts said.

Roberts said diversity has increased in the field of political science since he was a graduate student, and workshops like Breaking Barriers to Entry can “accelerate” the increase in the number of diverse students. He said professors should be “champions” for first-generation students and guide them to choose the best graduate program based on their interests and financial aid, since they don’t have access to advice at home.

“There are many ways to pursue a career with a science degree that doesn’t necessarily require graduate school, but at the same time we want to diversify the discipline,” Roberts said.

Roberts said political science graduate program entrance workshops could reach more students if they used their funds to create a broader undergraduate recruitment search instead of spending funds. for technological resources such as laptops.

Ray Block, an associate professor of political science and African American studies at Pennsylvania State University, said students of color in political science doctoral programs may struggle to graduate because they do not have sufficient academic support from officials. He said students of color struggle to find shared research interests with professors on topics such as the study of marginalized communities because they may only have access to predominantly white professors who can not being interested in the study of diversity.

Block added that job opportunities for political science students with a master’s degree are limited because they would also need additional data science training to perform analytics for jobs in government or industry. non-profit organizations.

“Representation is a necessary first step, but it’s not a sufficient solution,” Block said.

Block said that as an undergrad he was involved in the Ralph Bunche Summer Institute, a research program that taught political science analysis and writing skills to fill his graduate school applications with more of experience, which has proven invaluable throughout his career. He said that while many graduate entrance programs provide resources and encouragement, the institute has also allowed him to take graduate-level courses as an undergraduate and has provided memberships for members of the “powerful” faculty who have increased its visibility in graduate programs.

Block said many students don’t know how to get internships or can’t afford to take unpaid ones. He said the lack of internships creates inaccessibility to the field of political science and that graduate programs should make their application process more affordable to increase accessibility.

“You just have to be well positioned and kind of privileged to know how to do it right,” Block said.

This article originally appeared in the May 9, 2022 issue of The Hatchet.