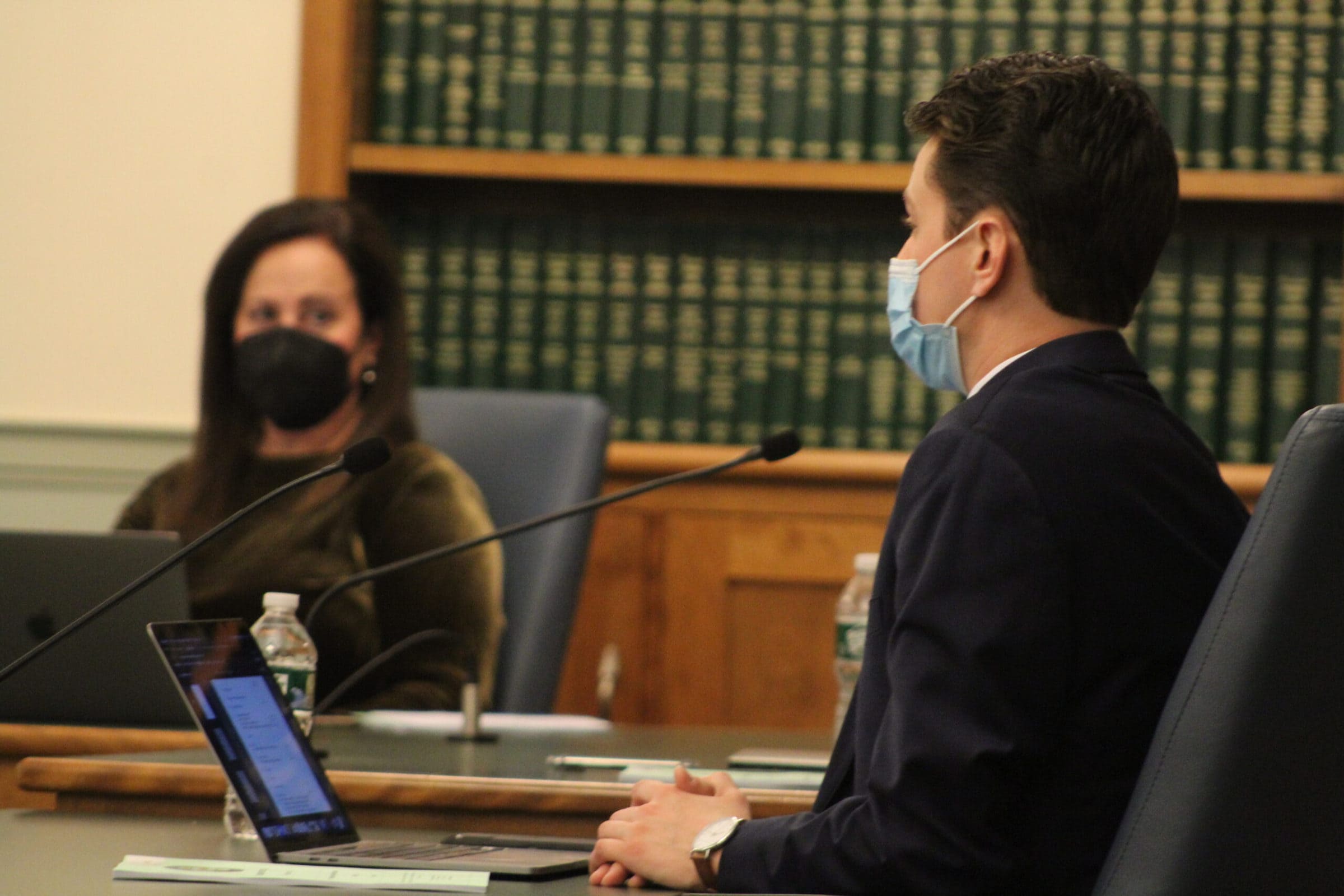 Shrewsbury School Board could vote on lifting masks in March

SHREWSBURY – The Shrewsbury School Board will decide in March whether to move forward with a transition to flexible masking in schools.

However, that also depends on whether the Board of Health chooses to lift its mask mandate for schools at its March 4 meeting.

School committee member Jason Palitsch spoke at a meeting on Wednesdayclaiming that the current demands of COVID-19 are “stressful”, “depressing” and “get in the way of the life we ​​all want to lead”.

“I think we’re approaching that point where we can not only give people the ability to unmask themselves if they want to while supporting those who want to, but evolve into a life that’s not entirely pandemic-driven. “, did he declare. . “I think I’d like to see us give families that ray of light, that hope.”

Sandra Fryc, member of the school committee, suggested that the committee vote on March 2, pending the vote of the board of health. If they vote to cancel then, the masks could be retired on March 7.

“It gives us some time to make sure our feet are where they should be,” Fryc said. “We get all the data we need, and we also give everyone involved a timeline because they deserve it too.”

Board of Health Voting

The health board voted to cancel the indoor mask mandate for most public places at a meeting on Tuesday.

The council did not vote to remove the mask mandate for schools.

He predicted that there might be such an increase after the upcoming February vacation this year, which will run from February 22 to 25.

He asked that the council make its decision on the schools on March 4.

Superintendent Joseph Sawyer echoed elements of Abraham’s argument on Feb. 16, presenting data for COVID-19 numbers the week before, the week after, and two weeks after school vacations passed during the pandemic.

For example, there were 45 cases of COVID-19 in the week leading up to this year’s holiday. There were 445 cases and 361 cases respectively in the two weeks since the break during the outbreak of the Omicron variant of the coronavirus.

Committee members reacted to the data, expressing interest in developing metrics to track if masks will be needed again in the future.

President Jon Wensky said this week that the school board had received between 25 and 30 emails with “mixed responses.”

Palitsch weighed in on those comments.

“I have to say, regarding this discussion, there’s this element to this public advocacy almost like it’s a game – send a number of emails and you’ll get the result you want. Use a few more exclamation marks Make the tone a bit more hostile,” he said.

He continued: “When making a decision about the safety of our students and staff, I don’t care how many likes or comments a Facebook post has received. I’m not interested in the number of signatures on the online petition or the number of exclamation marks in the email. We have a responsibility to be calm, measured [and] reasonable to do what is in the best interests of our children and staff.

Discussion continues in communities across the region

This discussion is taking place as other communities in the region consider their own masking policies.

Westborough, Southborough, Northborough and Marlborough all opted to lift their citywide mask mandates via health board votes last week.

From then on, however, individual districts will be able to decide whether or not to maintain their mandates.

School committee meetings have continued this week as individual districts make those decisions or defer their votes to later days.

Shrewsbury’s mask mandate will be lifted on February 18