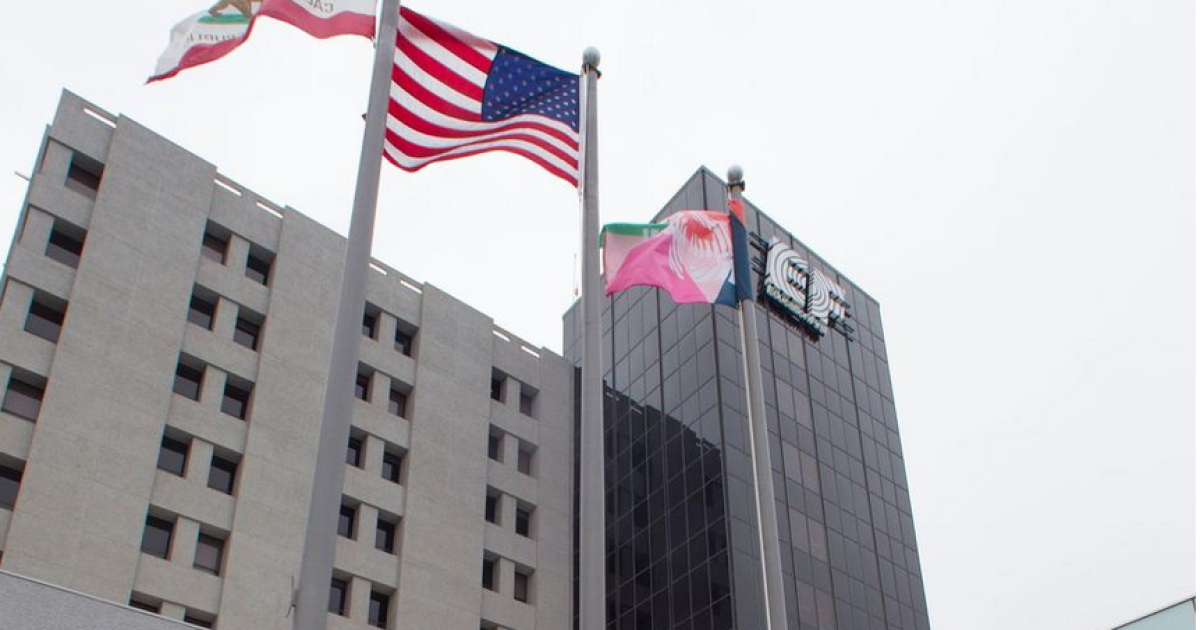 The former hospital is reborn as a major language school

Nine years after Point Loma’s Cabrillo Hospital closed, a major language school has revived the dormant 6-acre campus and filled its 10-story tower with hundreds of students from around the world.

The site transformation simultaneously fills one of the most visible vacant buildings in the city and provides a jolt of economic activity to nearby businesses in the Midway district and San Diego in general.

Since students at the EF International Language Center spend short stays in San Diego to hone their English skills — anywhere from two weeks to six months — they behave more like tourist tourists than traditional students.

“We welcome them with open arms,” said Cathy Kenton, president of Midway/Pacific Highway Community Planning Group. “Having young people in the community is very appealing.”

The annual economic impact of the new school, which opened earlier this month after more than a year of renovations to the long-abandoned hospital, was estimated at $20 million by the San Diego Economic Development Corporation.

The school has 100 full-time employees, and EF officials said they expect typical enrollment to range between 1,000 and 1,500 students.

There are already over 700 students on campus and they’ve been busy eating at local restaurants, partying in downtown nightclubs, visiting the San Diego Zoo and enjoying the famous beaches. from the city.

The Economic Development Corporation study indicates that in addition to the direct economic impact of $20 million, student spending is expected to generate an additional $30 million in activity each year.

Maria Albertsen, a 27-year-old Danish woman who is brushing up her English for her job as a bank adviser, said she has enjoyed exploring San Diego in recent weeks.

“I wanted to try California,” Albertsen said, adding that the EF experience was particularly appealing because students come from so many different countries. “That’s the part I love about traveling – you can interact with different types of people from all over the world and make friends.”

EF fosters this type of connection and interaction by encouraging its students to live on campus in dormitories that now occupy floors 4 to 10 of the old hospital.

These rooms include 700 beds distributed in rooms ranging from single rooms to suites for four people.

The third floor is a student activity center including a cinema hall, while the first and second floors include 30 classrooms, an auditorium, a coffee bar and other amenities.

Officials at EF, a private, for-profit company, declined to say how much they spent on the renovations, but county property records show the company bought the old hospital in 2015 for $20 million. .

They’ve operated a school similar to Scripps Ranch for the past 10 years on the campus of Alliant International University, but struggled with a lack of public transportation and nearby businesses.

“The location was tricky for us because our students, who are all international, don’t have cars,” said Shawna Sullivan, EF property manager in Boston.

So the company, which operates 500 schools in 52 countries, began looking for alternate locations and came across the hospital, which Sharp HealthCare closed in 2009 due to declining patient demand and a lease dispute.

“Although on the outside it looked like a real challenge to turn this hospital into anything else, it felt like ‘it’s perfect,'” Sullivan said.

She said the location was ideal as bus lines and the Old Town light rail station are nearby, and students can walk to the many restaurants and shops around the Valley View Casino Center just a few blocks away. houses to the east.

Additionally, the hospital was quite large at 178,000 square feet and the 6-acre campus gave EF the flexibility to add amenities including an outdoor swimming pool, sand volleyball courts, and soccer field. .

“We were able to convert a lot of the hospital’s surface parking lot to outdoor recreational space,” Sullivan said.

Some nearby residents have raised concerns about traffic, parking issues and noise the school may generate, but Sullivan said the school was able to alleviate them.

A key part of this was that the students weren’t driving. The aesthetic benefits of renovating the hospital and reactivating it also helped, she said.

“We are upgrading and improving an area that has long been desolate,” Sullivan said. “We are very proud to be a good community partner.”

Kenton, the leader of the local planning group, praised EF for engaging with neighborhood leaders early in the process.

“They also worked with their immediate neighbors to make sure everyone was happy with how they handled noise, traffic, etc. issues,” she said.

The school’s curriculum varies depending on the strength of the student’s English skills.

Albertsen, the student from Denmark, already speaks near-perfect English, but she wants to push her skills to a new level because her job involves Denmark’s particularly complex mortgage industry.

“You can always improve your vocabulary and grammar,” she said.

The Old Hospital Building has been a prominent feature of East Point Loma and the Midway area since it was built in 1975 on 13 acres as a Physicians Hospital.

In 1981, Sharp bought the property and renamed it Sharp Cabrillo.

In 1999, Sharp discontinued emergency services at the hospital, but kept it open as a skilled nursing facility with outpatient services until its lease ended in 2009.

During its years of inactivity, there was talk of the hospital potentially serving as a major homeless shelter or temporary accommodation for refugees. But it sat vacant until EF bought it and renovated it.