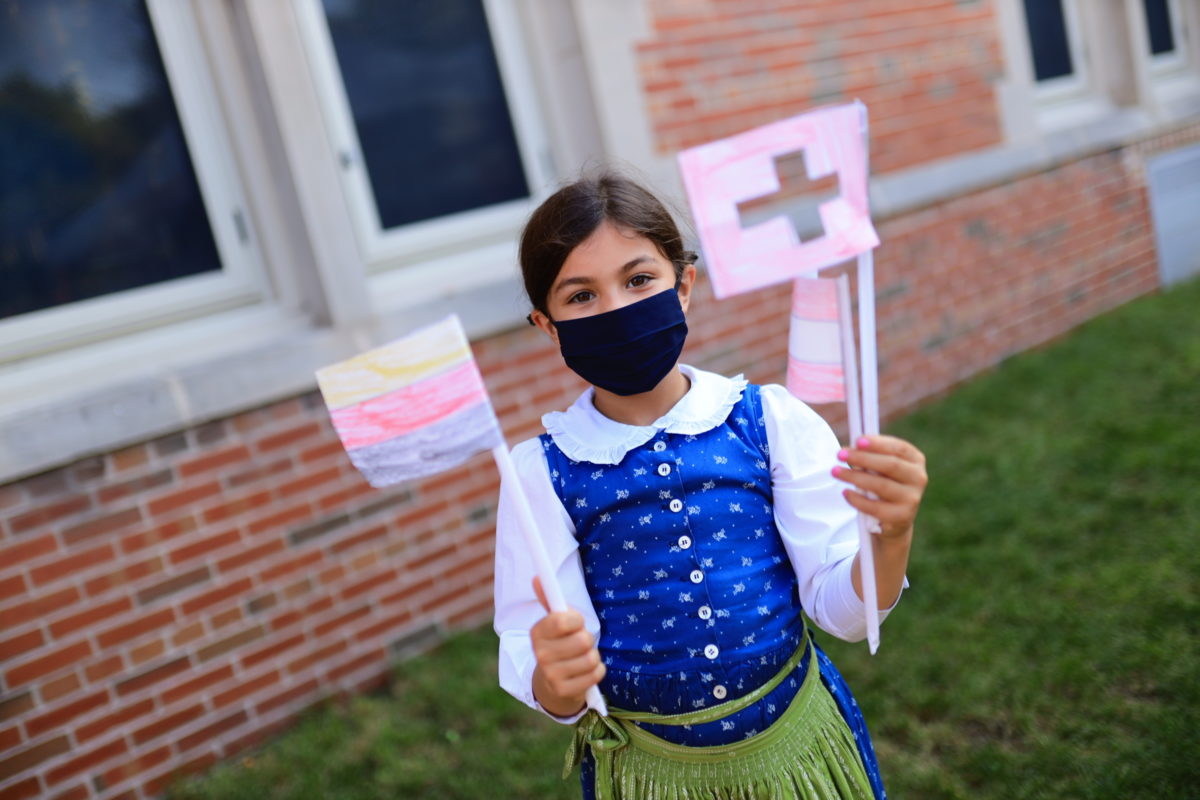 The Value of Bilingual Education at German International School Chicago

Students at the German International School Chicago (GISC) benefit from much more than learning to speak, read and write German. Fluency in another language enhances overall cognitive abilities and understanding of the world, making these students true global citizens.

“It’s not just about learning another language; bilingualism itself is a brain-boosting attribute,” says director Benjamin Hebebrand. “It boosts children’s cognitive abilities, especially in terms of their ability to process language faster. The ability for children to compare and contrast one language to another is an incredibly rewarding opportunity for them to understand the structure and nuances of language. And that also makes them better English speakers.

“And,” he adds, “it’s not just brain enhancement, it’s heart enhancement. Students learn that the differences between one culture and another are exciting to explore, appreciate and understand. The world is getting smaller and these children are not only bilingual, they are bicultural.

Current and prospective GISC parents can learn more about these benefits on December 11, 2021 at “The Essence of GISC: An Open House on Bilingualism and the International Baccalaureate Program,” from 10 a.m. to noon on the campus of the school at 1726 W. Berteau. Attendees will learn how the school teaches through transdisciplinary methods and experience the cognitive benefits of children learning in a bilingual environment in a talk presented by Northwestern Postdoctoral Fellow Ashley Chung-Fat-Yim, Ph.D.

GISC has grown every year since its inception in the 2008-09 school year with just 13 students, and now has nearly 170 students from kindergarten to grade 8. The students come from different backgrounds, with around 70% of families where at least one parent has a strong connection to Germany and often also speaks the language. Around 20% are from German expat families who want their children to stay grounded in the German language and culture, and around 10% come from international families with no connection to Germany but who appreciate the benefits of a bilingual education .

“The idea of ​​German schools outside of Germany is quite common, and there are about 140 of them around the world, including New York, Boston, California’s Silicon Valley, and Washington, DC,” says Hebebrand. . “Being such an important global city, Chicago also deserves such a school. You would be amazed at how much influence German immigration has had on Chicago.

GISC offers a completely immersive experience in German and it is practically the only language spoken, except in a daily English course which covers reading, writing and literature. Students routinely score well above national averages on standardized MAP tests in math, reading and English, Hebebrand notes, “so it’s not like their English is compromised.” From the third year, children also learn French and Spanish.

“It’s just the beginning with seven students so far,” says Hebebrand. Whether GISC will ever add its own high school or not has yet to be decided.

Students master the German language, as evidenced by tests conducted under the auspices of recognized German examinations which are administered in the third, sixth and eighth grades. “Our students can switch effortlessly between languages ​​- and that’s amazing,” says Hebebrand

Extensive choice of art and music; extracurricular activities in areas as diverse as chess, computer coding, sports and music education; and before- and after-school child care round out the GISC experience. The school has working relationships with the German Consulate General in Chicago and the German Embassy, ​​“but ultimately we are a private, independent organization with our own mission,” says Hebebrand. “It is a pleasure to represent a modern and progressive nation that is very interested in participating in world affairs.”

Hebebrand, who was born and raised in Germany, calls his job a dream come true. “I’ve been associated with private education in the United States for over 30 years and a school principal at three different American schools, but this is very special,” he says. “I tell my friends that every day I go to Germany and at the end of the day I come back to the United States – without the jet lag.”

Learn more about GISC and the December 11 Open Day at germanschoolchicago.com.