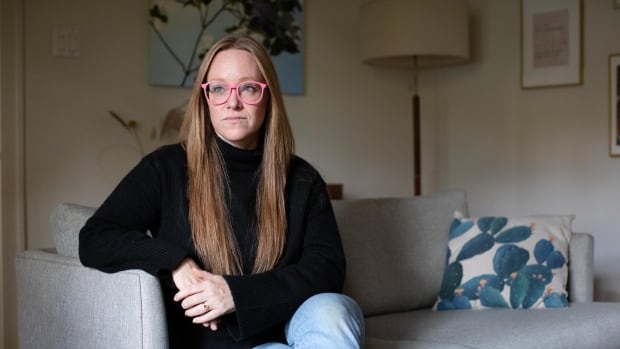 A Vancouver family says they pulled two of their children from a YMCA after-school program, alleging it discriminated against and neglected their six-year-old daughter with Down syndrome, and failed to hire a worker. support that the family had secured funding for.

Katie and Andrew Jameson have enrolled their twins Kenzie and Wally in a YMCA after-school program at Malkin Park. But they say Kenzie, who has Down syndrome and is non-verbal, was increasingly isolated and neglected by the program as the weeks without a support worker went by.

They made the decision to quit the program when they found Kenzie freezing and alone, wearing no shoes outside in October, with mucus running down her face and matted hair covering her eyes.

“I cried all the way home because as a parent I was like – what did I just do to her?”

In a statement to CBC News, Roberta Haas, Child Protection Officer and Vice President, People for the YMCA of Greater Vancouver, wrote that the YMCA “has failed to provide an adequate level of care to Kenzie – and failed to meet the standards expected by Katie Jameson and our own standards, for which we sincerely apologize.

Haas said the YMCA has submitted an incident report to the program’s regional licensing authority and will conduct a formal review of what happened, and that the YMCA will also undertake an independent third-party review. to assess how it serves children with special needs. .

Katie Jameson said her daughter’s experience mirrors those too often faced by children with disabilities, whose needs often go unmet even in programs designed to be inclusive.

“It’s a learned condition for a parent with a disabled child – if you don’t look after your child yourself, he won’t get the care he needs. Our son was in this program happy and well cared for – her twin. And Kenzie was completely neglected and discriminated against. It’s a literal side-by-side comparison.”

The Jamesons said they enrolled their twins in the afterschool program over the summer. Because Kenzie has Down syndrome, the family interviewed for the program and applied for funding from the BC Center for Ability (CFA) so the YMCA could hire an additional support worker for Kenzie.

Katie Jameson said before day one that she was sure everything was in place, and she created instructional videos on how to communicate with Kenzie and use basic sign language.

“I basically provided them with an inclusion program,” she said.

But on the first day, she received a call from a member of staff saying Kenzie needed to be picked up early as she had gone to the toilet by herself and no member of staff was equipped to help her.

“I was totally confused because I felt like we had a support person with Kenzie, because we had applied for funding and the program had accepted the funding, so to see that there was no of support in place in this way was shocking.”

The YMCA told the Jamesons that no support workers had yet been hired, but someone would be the following week.

But the Jamesons said the YMCA never hired a permanent support worker and instead rotated between different YMCA staff members.

The YMCA also told the Jamesons that the $17 per hour funding they had secured would not be enough to cover Kenzie’s needs and asked the CFA to provide $24 per hour funding – which the CFA accepted and provided.

The Jamesons said they were eventually asked to help find someone to hire for the YMCA, which they did – and were surprised to learn the position continued to be listed with a salary $17 per hour.

Haas’ statement from the YMCA said “our significant efforts to find a qualified caregiver for Kenzie were unsuccessful” and the higher salary was eventually posted after an administrative delay.

Haas said the YMCA never used the funding because the Jamesons left the program before the YMCA could find a dedicated support worker for Kenzie.

The Jamesons say they have become increasingly concerned about Kenzie’s safety on the program. Katie Jameson said on one occasion that she found her daughter with visibly wet pants and was told she had been pacing under a picnic table for 45 minutes. Stimulation is a repetitive, stimulating behavior, such as drumming fingers or rocking back and forth, that some children with disabilities engage in.

“She didn’t have access to a step and they told us very openly that the staff weren’t helping her in and out of the toilet.”

On one occasion, another relative sent them a photo of Kenzie sitting alone, more than 100 feet away from the rest of the group, near a patch of unfenced forest.

“The three staff members were with the other children, including Kenzie’s support person, which is just a huge safety and neglect issue for us,” they said.

The day the Jamesons found her without her shoes was the final straw and they emailed the YMCA to remove their children from the program.

The family said they were even more furious when the YMCA sent home a fundraising flyer claiming to be a program that welcomes families of children with disabilities.

“We are a concrete example of a family that you claim to be raising funds for, opening programs and fostering children for, and yet we are removing our children from your program,” Katie Jameson wrote in an email to the YMCA.

The YMCA said in the statement that its “commitment to review, understand and improve is sincere.”

“We recognize and acknowledge that we need to improve our processes, training and knowledge on how to better serve children with diverse needs. We are committed to educating our teams and doing better.”