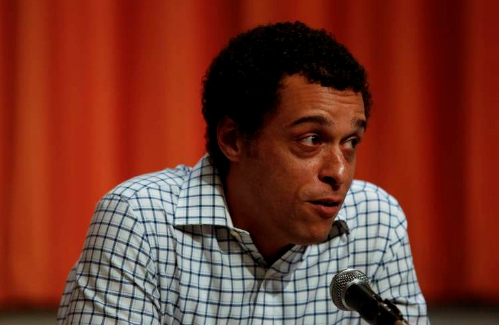 AMHERST – A request for mediation is being filed by the Amherst Regional School Board after what it claims was a stalemate in contract negotiations with the Amherst Pelham Educators’ Association.

The announcement was made by Ben Herrington, the chairman of the committee, via a statement released by the school district’s central office on June 24, noting that the passed primary and regional education budgets are already using $1.3 million. in grants from the Emergency Relief Fund for Elementary and Secondary Schools to preserve existing programs and staff positions.

“The compensation increases that APEA is requesting just in the first year of the contract are $11 million more than the total remaining ESSER funds available to the districts, and $12.6 million more than the total average annual increase in tax revenue in Amherst, Leverett, Pelham and Shutesbury combined,” Herrington wrote. “As a result, the regional school committee has decided to file a request for mediation.”

The union, however, disputes that the parties are at an impasse, noting that tentative agreements have been reached on proposals presented by the two parties since the resumption of traditional negotiations in winter, and asked the school committee not to cancel. the June 29 negotiations, a request that was ignored.

“The School Board simply wants to move forward with its budget without regard to the current education crisis, economic conditions and its legal obligation to progressively negotiate with us as required by law,” said the union in a statement earlier this year. month.

Additionally, the union said the request for mediation came out of the blue and that it remains ready for further negotiations: “We are approaching these meetings with the hope that we can work with the school committee to find some ground. to ensure the best working conditions for our staff and an excellent learning environment for our students.

The School Committee began bargaining with three units of the union, representing teachers, para-educators and clerical staff, using the interest-based style of bargaining in December, aimed at collaboratively identifying areas of common interest. This was broken in February when the parties could not reach a consensus to continue, and the two sides moved to traditional negotiation where proposals and counter-proposals are worked out and presented.

The school board says the union’s initial demands for new pay totaled more than $3 million a year, more than $2.4 million more than school districts budgeted, and talks focused on trying to move towards a sustainable compromise more compatible with what the districts and cities could afford.

In the last bargaining session on June 22, however, the union presented a new proposal that included pay increases totaling more than $15 million a year, an increase of $12 million from the proposal. initial.

The union says it has focused on negotiating a living wage for paraeducators, asking for 7% raises, which was countered by a 2.5% offer by the school board which has later reduced to 2% in what the union called “clearly vindictive”. movement.” The union also cites an education crisis, including staff burnout, that needs to be addressed.

According to the union’s statement, “We stand ready to stand with them in the fight for the funding our schools need. There is no shortfall in funding the education of our students when you look at the amount of state and federal funds flowing into school districts.

Scott Merzbach can be contacted at smerzbach@gazettenet.com.