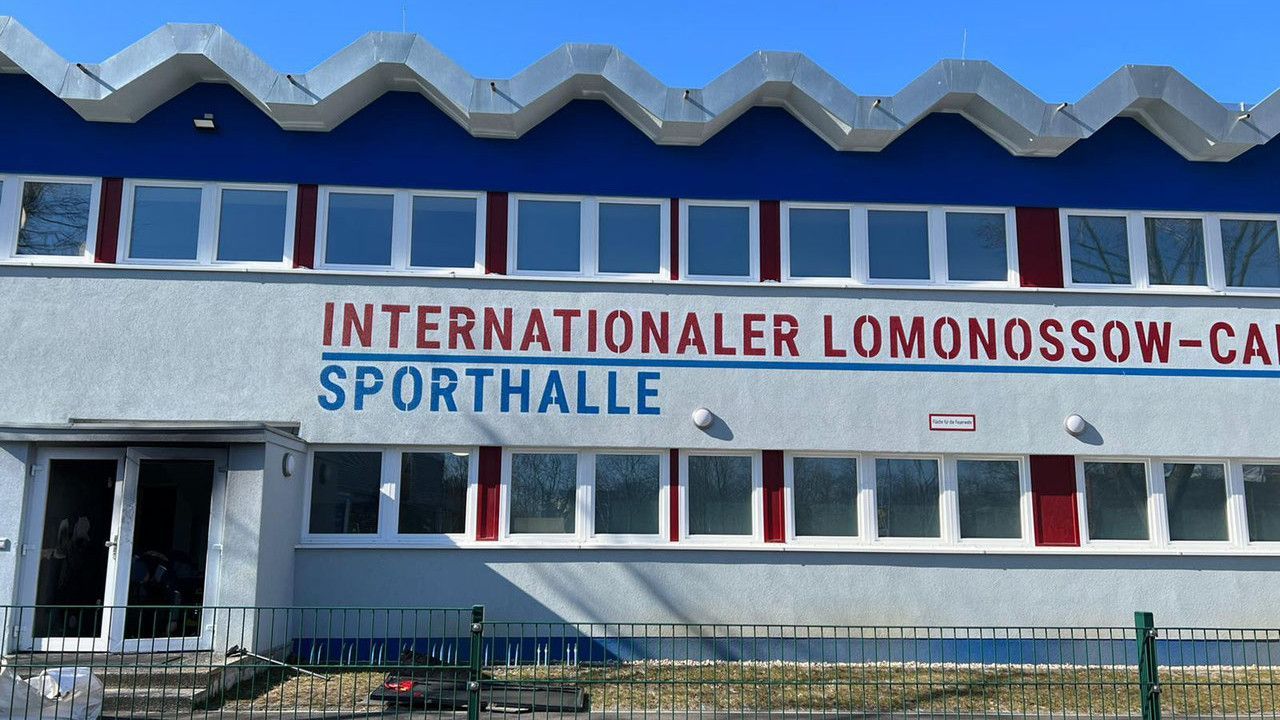 On Friday, an arson attack was perpetrated against the Lomonosov International School (ILS) in the Marzahn district of Berlin. According to initial investigations, the attack was motivated by anti-Russian sentiment. “We assume a premeditated act and a connection to the war in Ukraine,” a police spokesman said on Friday.

According to broadcaster rbb, the public broadcaster for the city of Berlin, a passerby noticed smoke rising from the fire around 3 a.m. on Friday and alerted police and firefighters, who were able to prevent the flames from spreading. spread further. The building sustained extensive damage, but no one was injured. According to authorities, a Molotov cocktail was used. Only one attacker could be seen on the images of the surveillance cameras.

The school is named after the outstanding Russian naturalist Mikhail Vasilyevich Lomonosov (1711-1765). The school, which has been around for about 15 years, is attended by students from 20 nations and offers German and Russian lessons. The school aims to promote and integrate children and families from the former Soviet Union.

There is no doubt that this was a politically motivated act with an anti-Russian background; this is also the declared assumption of the State Security Service of the Berlin State Criminal Police Office. Alexander Ott, the school coordinator, announced on Friday that a fire had already been started in a school tool shed two days earlier. “We were and are proud of the fact that there have never been any ethnic or linguistic clashes in the Lomonosov schools.”

The parents expressed their horror at the attack. “We assume that no child, youth, staff member of this school or any other school in Berlin wants this war,” said Norman Heise, chairman of the state parents’ committee, according to Tagesspiegel. “Besides, nothing justifies an attack on a school!

The attack is the result of the hysterical and chauvinistic anti-Russian campaign, which is carried out uninterruptedly by all parties and the media. It is part of war propaganda and aims to prepare for a war against Russia. In the process, the fact that far-right or politically disoriented elements will use violence against institutions or people with any connection to Russia is tacitly accepted.

The war waged by Vladimir Putin should not be blamed on the Russian people, she said. His party colleague, Marzahn-Hellersdorf district mayor Gordon Lemm, also called the attack despicable and disturbing. “We must not allow the hatred of the war in Ukraine to be directed against people with perceived or real Russian roots,” Lemm said.

Education Senator (Minister of State) Astrid-Sabine Busse (SPD), which is currently imposing drastic sanctions and cuts in schools in Berlin, condemned the “cowardly attack” on peaceful coexistence. Social Senator Katja Kipping (Left Party) said her “great concern that all the revulsion, all the anger we have towards Putin and his government is also hitting Russian speakers here in Berlin.”

In fact, the ruling parties in Berlin, the SPD, the Greens and the Left Party, as well as all the other establishment parties, grossly spread hatred of all things Russian. For them, it doesn’t matter whether it’s politics, economics, sport or culture.

This was evidenced by the dismissal of world-renowned conductor Valery Gergiev as conductor of the Munich Philharmonic Orchestra, for which the SPD Mayor of Munich Dieter Reiter was responsible. He justified this by saying that Gergiev did not speak out against the war in Ukraine. Shortly after, the contract of star soprano Anna Netrebko, who had spoken out explicitly against the war in Ukraine, was terminated by the Bavarian State Opera. His only “crime” was his Russian nationality.

The list could be continued indefinitely. Russian athletes are banned from major events and Russian businesses from trade. Russian films are banned from film festivals. In coordination with the German government, research institutes and universities have severed all relations with Russian partner organizations and announced that all ongoing research projects will be suspended.

Through such actions, federal and state governments, and hysterical upper-middle-class warmongers, want to abolish free speech and introduce a form of collective responsibility. This has not happened in Germany since the anti-Semitic vitriol of the Nazis.

In Germany, all establishment parties supported the government of Olaf Scholz (SPD) to increase arms spending and prepare for military intervention in Russia. The Left Party, a member of the government of Berlin and other federal states, is no exception. Its representatives like Gregor Gysi or Dietmar Bartsch even attack the federal government from the right and demand harsher sanctions which hit the Russian population hard.

According to police data, around 100 attacks have been recorded in the capital alone since February 24. Nationwide, there were 318 criminal incidents. These are often attacks on property, insults and threats. Several Russian associations have been attacked, as well as individuals and even embassy staff. On March 8, the Russian House of Science and Culture was smeared with the words “Murderer”.

The attack on the Lomonosov International School should be understood as a serious warning. War hysteria and anti-Russian chauvinism are not only directed against people of Russian origin, but against the entire working class, which overwhelmingly rejects war, both from Putin and the powers of the world. NATO.

After three decades of wars led by the United States, the outbreak of a third world war, which would be fought with nuclear weapons, is an imminent and concrete danger.

2022-03-15
Previous Post: Classes are set to resume at the Russian language school after a U-turn after more than 2,200 people signed a protest petition
Next Post: school board hears about an after-school program | News