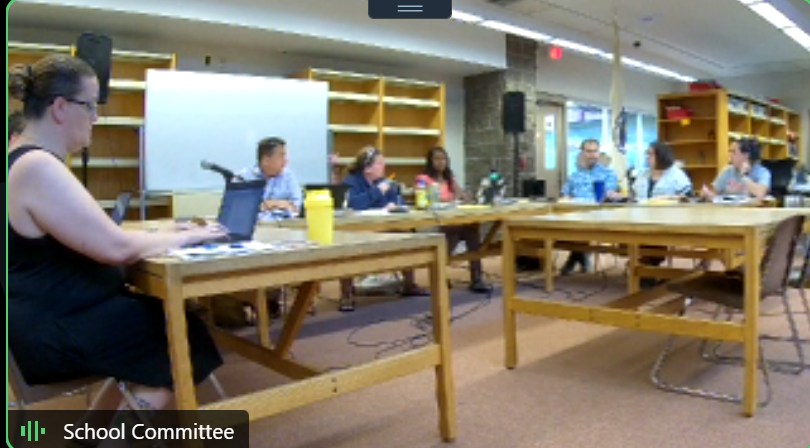 BELCHERTOWN — After several weeks of an after-school elementary program at Belchertown Public Schools, Assistant Superintendent Shawn Fortin provided the Belchertown School Committee with an update on the program at its June 28 meeting.

Fortin explained that the recent after-school program, which ran from April 4 to June 2, followed that of the previous summer, as students transitioned back to school after remote learning.

“What we did last summer, the primary goal was to learn recovery, the secondary goal was to get students used to a routine of being in school for students who were away during COVID [-19] and their first experience in a school building was our congregation,” he said.

“Students at Cold Spring School engaged in a variety of learning opportunities to develop their reading skills. In Swift River they offered STEM (science, technology, engineering and math) activities on Mondays for grades 1-3, ELA (English language arts) on Wednesdays and Thursdays,” he said.

While students in lower grades followed more of a curriculum, older students had a bit more freedom in what subjects they had to work on.

“At Chestnut Hill, it was more the idea of ​​an after-school program where students could choose what they did; they could attend every day or something different on Monday, Wednesday or Thursday. They did everything from writing, grammar, reading, math games and more,” Fortin said.

Fortin added that while the highest attendance was in the lower grades, attendance dropped slightly from grades 4 through 6. Throughout the week, students attended any combination of the three days available for after-school support.

Thanks to the program, Fortin said the district was able to continue providing free food to students.

“One of the cool things was that we could provide a snack every day and the snack was provided for free. It was the same situation where we now have lunches and breakfasts where they are provided for free and then the district has been reimbursed for it,” he said. “It was another way to feed the students every day.”

During the program, Fortin said a total of just under 2,000 snacks were distributed to students.

Fortin concluded by thanking the teachers and staff for their hard work throughout the program and said he hopes the program will provide a model for other after-school learning programs.

Superintendent Brian Cameron said he was pleased with how the program went for the students.

Although the program focuses on younger students, Cameron said there are still after-school learning opportunities for middle and high school students.

Committee vice-chairman Ruby Bansal said after-school programs were a hit for her son in middle school.

“It was a game-changer for him, I have to say. Just a total change in his mood and attitude, my husband and I noticed a marked difference in that socialization,” she said.

During the meeting, the committee also authorized the expiry of the policy requiring mandatory COVID-19 testing for students participating in high-risk sports and activities with the intention of reviewing a new policy during the next school year.

The Belchertown School Committee will meet again in July.