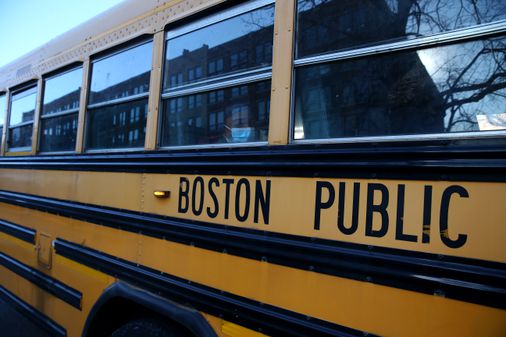 Boston city councilors are taking steps to transition the mayoral-appointed policy-making body that oversees Boston’s public schools to an elected board.

City councilors Ricardo Arroyo and Julia Mejia on Wednesday reintroduced a bylaws petition, which they originally filed last year, that would allow residents to elect school committee members. The Boston School Board is currently the only unelected school board in the state.

The petition in its current form demands that by January 2024, the school board be made up of 13 elected voting members: nine elected by individual Boston districts, three elected by the city as a whole, and one voting student member elected by the student population. . at BPS through the Boston Student Advisory Council. The mayor currently appoints the eight members of the school committee.

The process of converting the committee to a popularly elected body would take a phased approach, with hybrid committees made up of both mayoral appointees and city-elected seats beginning in September 2022.

“It’s not something we’ll do lightly,” Arroyo said. “I fully hope and expect this council to commit to what they want it to look like.”

The petition cited support for changing the selection process in several polls and referenda over the years that have shown residents’ support for an elected body, including the directive issued by voters last November; nearly 80% of Boston voters supported the nonbinding referendum asking voters to elect their school board members. The petition also noted that for most Boston residents The history of the school committee is an elected body.

Some supporters of the change said they believe an elected body could be fairer, give marginalized communities more power over who runs their children’s schools and empower voters to hold the school board accountable. Mejia said he worked with organizations like the NAACP, the Boston Coalition for Education Equity and other groups during the campaign to pass the November referendum vote and will continue to work with them as the council designs an elected committee that will operate on better for the whole. community. The council also plans to host community conversations in multiple languages ​​”to make sure all voices are heard,” she said.

Arroyo also said he’d like to hold additional hearings on school committee selection changes and wants to make sure “everyone can kind of come in and put their stamp on it.”

The Boston Teachers Union supports a fully elected committee, while Mayor Michelle Wu and others opt for a hybrid of appointed and elected members.

Arroyo acknowledged that within the board there were differing opinions about what an elected committee should look like. Some want a fully elected body, some want district-specific positions, others want general positions only, or a hybrid of appointed and elected members.

Some proponents of an elected committee have argued that universal seats could undermine diversity. Others argue that elected members at large can lead the loudest and best-endowed candidates to win over the most qualified.

“There will be more modifications to that and more work will be done with the body,” Arroyo said.

Council should hold further business meetings and possibly another hearing before voting on the matter.

If passed by the city council, the measure will need to be approved by Wu before heading to the Legislative Assembly and then to the governor’s desk.

“Hopefully we can come to a compromise that isn’t necessarily perfect, but is good and does the job the city asked us to do,” Arroyo said.

Colleen Cronin can be reached at colleen.cronin@globe.com.