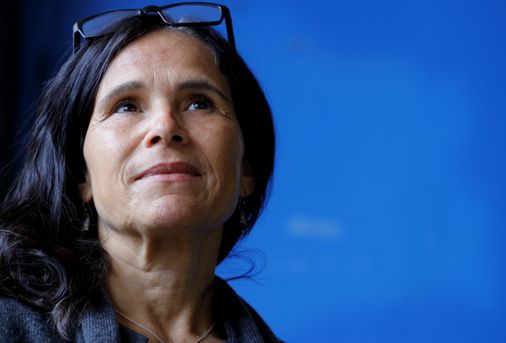 The review cited chronically late buses, aging facilities, the segregation of students of color with disabilities from their peers, and English language learning programs that do not comply with federal law.

Cassellius and Mayor Michelle Wu have already provided a response to the Department of Elementary and Secondary Education, Cassellius said, just a day after Tuesday’s Board of Education meeting where Education Commissioner Jeffrey Riley said that he hoped a deal could be reached.

Riley presented a draft memorandum of understanding to the mayor and superintendent on Friday, The Globe previously reported.

“We have an opportunity to avoid receivership by humiliating ourselves and taking it on the chin that there are things we need to do,” said committee chair Jeri Robinson. “We have to do better than that.”

Once city and state officials reach an agreement, it will go to the school committee for discussion and possibly a vote, the superintendent said. The agreement would be a successor agreement to the memorandum of understanding signed in March 2020, just before schools in the district closed in response to the pandemic.

Deputy Superintendent Drew Echelson presented a summary of the state review. He highlighted the impact of the pandemic on the district’s ability to move forward and highlighted initiatives for which the district has received praise, such as raising high school graduation standards to align. on entry requirements to public universities in the state.

But Echelson made it clear that the state demanded serious improvements.

“The key areas that need to be dramatic and rapid improvement is really consistent with BPS’s own analysis of our work,” Echelson said. “I’m happy that we’re continuing to make progress and I agree with DESE’s aggressiveness.”

Members of the school committee asked what the board’s role would be in any new agreement with the state, noting that they were specifically called out in the state review for putting special education on the agenda only once in the past two years. The committee’s role is particularly relevant with the imminent appointment of a new superintendent.

“It’s going to have to be an all-hands-on-deck approach,” said Michael O’Neill, vice-chairman of the committee. “We need to understand this potential deal and think about how we’re going to provide oversight and make sure we meet the commitments made under it.”

Cassellius said she would clarify with Riley whether the school committee should approve a deal. Robinson, the committee chair, said the open meeting law prevents the board from holding strategic meetings about the potential deal, though she and the superintendent speak daily.

Committee members also peppered the superintendent with specific questions about special education and English language learners. Robinson also raised data collection and reporting issues as a particular cause for concern.

For example, the district included two schools with bathrooms to renovate on a list it provided to the state of 29 schools with completed bathroom renovations — an inaccuracy DESE was able to identify due to recent site visits, according to the review.

The committee also heard from members of the community who called for urgency on many of the same issues highlighted in the review, including special education and teaching English.

“These aren’t challenges — they’re emergencies,” said Kelsey Brendel, the parent of a 7-year-old special education student. “It’s not about who has control or receivership. It is a question of responsibility.

BPS and its 49,000 students would be at a critical time, even without the possibility of state intervention, as a looming deadline approaches to hire a new superintendent by June. The search process was exceptionally fast, with limited time after Cassellius’ departure was announced in February.

Reaching an agreement with the state is one of Cassellius’ priorities before he leaves, she said.

“We want to resolve this and get an agreement with the commissioner…so we can make sure there’s a solid foundation and a solid transition for the next superintendent,” Cassellius said.

The review was in part to provide a roadmap for the new superintendent, Echelson said in his presentation.