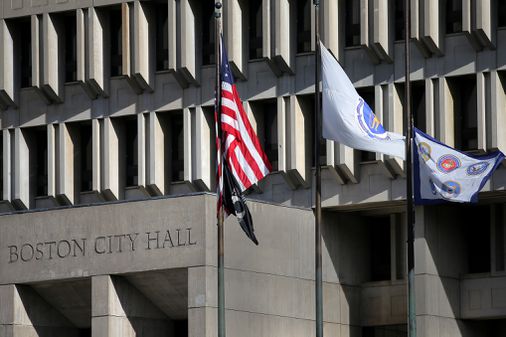 A voter-backed push for an elected school board moved into its next phase on Thursday, as city council members discussed a detailed plan of what the transition might look like and how long it should take, the final step before voting on the measure and seeking approval from the mayor, state legislature and governor.

Five months after 99,000 city residents approved the proposal in a non-binding referendum, it seems likely the city council will approve it and submit it to Mayor Michelle Wu and state lawmakers for consideration. According to the draft plan discussed this week, the move to an elected committee would take place in stages and would not be complete until 2026.

Councilman Ricardo Arroyo, who drafted the Bylaws petition with Councilwoman Julia Mejia, said he planned to hold no more than two additional working sessions on the measure and stressed the need for feedback. now, not later.

“I hope people will be open with their opinions, their thoughts, because we will vote on that,” he said. “I don’t think we’ll get to a point where everyone is happy with what we’re doing, but hopefully we can come to a consensus that [reflects] what voters are looking for.

Under the current draft petition, the shift to elected membership would begin with the 2023 municipal elections, when three new general committee members would be elected and added to a majority-appointed committee, bringing the total number to 11. , in municipal elections in 2025, a fully elected committee would be elected, with nine district representatives, three at-large members, and one student member elected by their peers. The student member, who cannot currently vote, would get a vote starting this fall under the proposal.

Boston School Board members have been appointed by the city’s mayors for 30 years, and it’s the only community in the state that doesn’t elect its members. The November ballot measure in favor of an elected committee passed with 78.7% of the vote. Opponents of the change have expressed concern about the risk of special-interest donors influencing the election outcome.

Some advocates have expressed concern in recent days about the mayor’s lack of engagement on the issue. Wu said she would support a hybrid committee, with a mix of appointed and elected members, but did not provide more specific comments, despite requests for meetings on the issue, raising concerns that a potential disagreement could hinder the progress of the proposal.

“Many voted for the mayor precisely because she had so many detailed and comprehensive policies and proposals – why not on this issue?” said Krista Magnuson, Bostonians leader for an elected school board, during a hearing this week on the petition.

A Wu staffer attended the session on Thursday but did not comment on the details of the plan.

“We’re here to listen, to take note of what people are talking about,” said Clare Kelly, director of intergovernmental relations at Wu. “We look forward to future working sessions.”

Councilors said they would continue to discuss the size of the committee and the timing of the transition, and at least one, Ruthzee Louijeune, said she would be in favor of adding a second student member.

The Great Divide is an investigative team that explores educational inequality in Boston and across the state. Register to receive our newsletter, and send ideas and advice to thegreatdivide@globe.com.