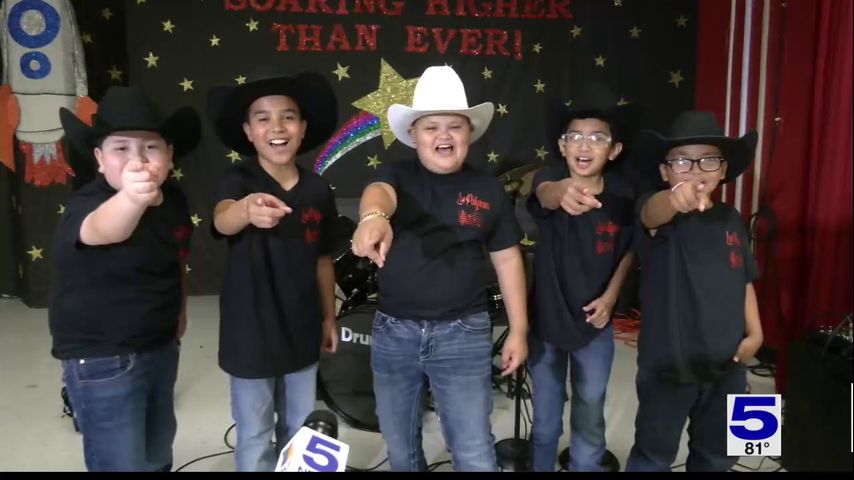 When students from an after-school program at Bett’s Elementary in Edinburgh expressed an interest in music, deputy headmaster Emmanuel Leon took advantage of the situation.

“I would like to share what I know with these kids because I know as an English learner, growing up sometimes it gets tough and sometimes you need that motivation and just the feeling of achievement,” said Leon said.

Leon has a background in conjunto music, so he’s collected a few instruments for the students to play.

“I saw it in them,” Leon said. “As soon as they grabbed the instrument, I said to them, ‘Do this, do that’, [and] they are able to catch it right away.

The students immediately fell in love.

“I feel like when I play, I really immerse myself in the music,” said third-grade student Joaquin Martinez. “As if the rhythm reached me.”

It also helped some students find purpose and motivated them academically.

“I was, like, a bad boy,” said fourth-grader Eduardo Falcon. “But now I got into the team, so I picked up my grades better. I behave better in class.

“It’s something that motivates them daily to do better and feel good about themselves, because now they’re doing something they feel successful at,” Leon said.

Now these students say they look forward to coming to school because it means they can play.

“That’s what it’s all about: it’s to help them grow, to help them learn to love something bigger than what they’re doing and to love coming to school,” he said. said Lisa Ayala, spokesperson for CISD Edinburgh.