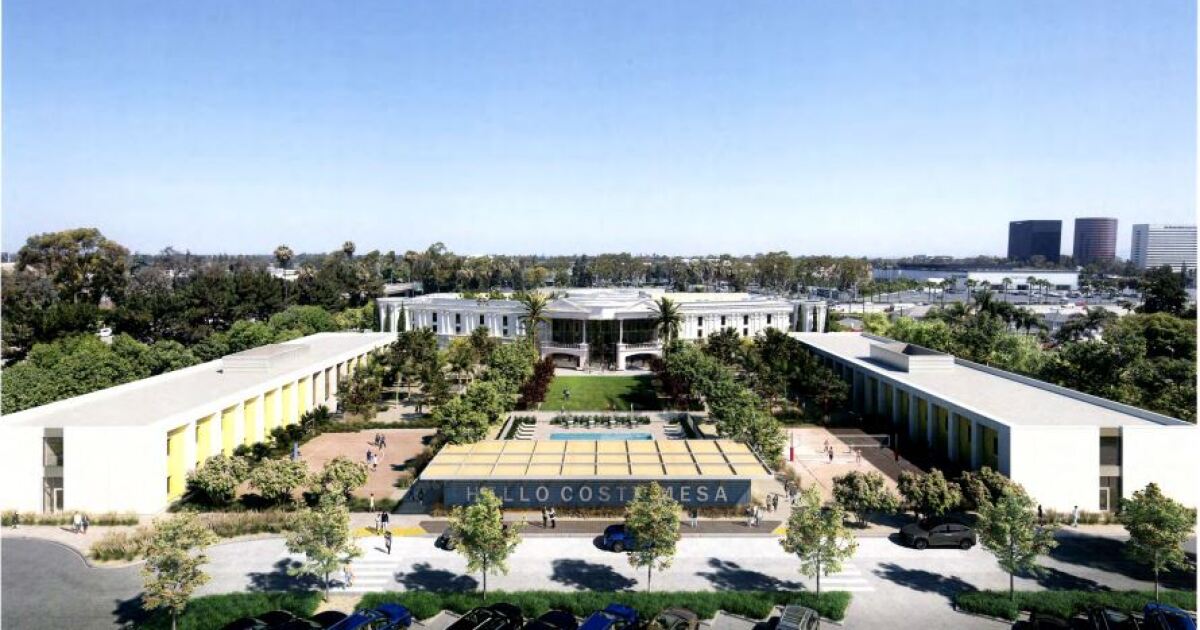 The decision — which is final unless appealed to city council within seven days — paves the way for EF Education First to turn 6.19 acres at 3150 Bear St. into a for-profit school with the potential to serve approximately 627 students live on site and 720 live with host families less than 45 minutes from campus.

The English language learning school will welcome international students traveling to the United States for a short period to immerse themselves in American culture.

Although the project passed without a dissenting vote on Monday night, commissioners added several conditions as part of their approval, including a 10 p.m. student curfew, the ability for the city to request a traffic count and a stipulation that only students can use the on campus. sports facilities.

Commission Chairman Byron de Arakal spoke favorably of the project as a whole, but expressed concern about its potential costs after an analysis by a third-party consultant revealed that Costa Mesa could end up spending more money to provide services — such as police and fire — to campus than it would bring in revenue.

“It’s not smart to approve projects that are going to cost the general fund money,” de Arakal said. “I understand that the applicant is convinced that this will be a great economic boon to Costa Mesa, but our consultant tells us otherwise.”

In response, EF Education First is prepared to invest $1.8 million over 15 years to accommodate the additional infrastructure and services that would be required for the project.

“We look forward to working together to open a wonderful new facility here that will bring the world to Costa Mesa and Costa Mesa to the world,” said company Vice President Shawna Marino.

Most of the residents who spoke at Monday’s hearing expressed their support for the project and thanked Marino for engaging with the community. EF Education First spent 14 months meeting with residents to address concerns about safety, noise, privacy and traffic.

The campus will provide its own 24/7 gated security to implement parking regulations, and there will be policies prohibiting alcohol, drugs, and smoking.

Since international students are not allowed to own or drive vehicles per the school’s code of conduct, the company also plans to install new bike lanes and a signed crosswalk on Bear Street.

According to city codes, the EF campus would normally need 1,550 parking spaces, but the company plans to provide only 102 spaces for employees and visitors.

Commission Vice Chairman Jeffrey Harlan expressed reservations about the deviation from city codes, but added, “I think it’s a testament to the fact that good projects can come along, even if they don’t.” directly correspond to our general plan or our zoning code. »

The Planning Commission postponed until December 9 a vote on the rules for the installation of several small cell installations.

A proposed amendment to the city code aims to address residents’ health concerns by requiring an emissions report to be made after installation. It would also require wireless structures to be kept out of pedestrian walkways and residents to be notified of future upgrades to small cell facilities.

Support our coverage by becoming a digital subscriber.