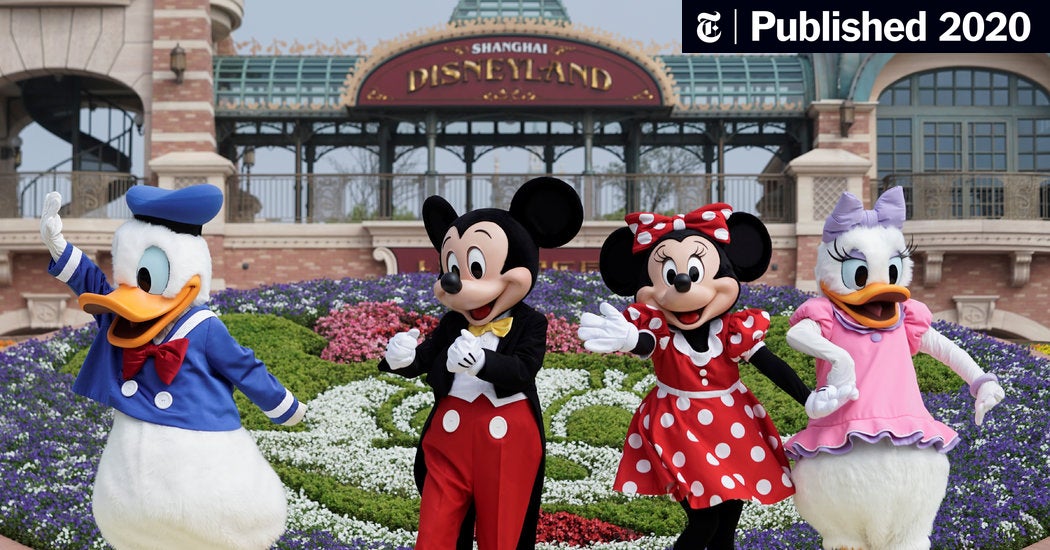 The Walt Disney Company has decided to close Disney English, a 12-year-old chain of 25 language schools in China, ending a once-promising business that at times has raised questions about education as a brand builder.

The learning centers, in six cities and using Disney characters like Mickey Mouse and the Little Mermaid in their curriculum, have been closed since late January when the Chinese government began aggressive efforts to contain the coronavirus. Traditional schools were allowed to slowly reopen, but some further education centers, including Disney English, remained closed.

Mahesh Samat, Disney’s executive vice president of consumer product marketing in the Asia-Pacific region, told parents in a letter on Monday that Disney English had made the “difficult decision” not to reopen. The channel was founded in 2008, when China’s rapidly growing middle class created increased demand for learning English. Disney developed the program in partnership with Columbia University.

“Over the past few years, we have noticed a shift in consumer preferences towards online learning experiences and this trend has been accelerated by the global pandemic as families are reluctant to take up additional in-person learning classes. “, said Mr. Samat in the letter. . “We are proud of our award-winning Disney English language learning program in China, which has hosted over 100,000 learners.”

He added that Disney is “taking care of each” teacher affected by the decision, but did not specify how. Tuition fees paid in advance will be refunded. The learning centers, for children ages 2 to 12, charged about $2,000 a year for about 100 hours of instruction.

A spokeswoman for Disney Parks, Experiences and Products, the corporate division that housed Disney English, declined to say how many students were enrolled or whether the centers were profitable. Disney noted that parent surveys over the years have shown “consistently high satisfaction,” as have comments on Chinese social media sites after the closure was announced.

Disney English used characters and stories in its curriculum and school setting, leading some critics of the entertainment conglomerate to view the centers as less about teaching language skills and more about culture future customers. Disney English was launched at a time when government limits on foreign media made it difficult for Disney and other Hollywood studios to distribute movies and TV shows in China. Shanghai Disneyland was still years away from opening.

Reminder shots. A flurry of new studies suggests that three doses of a Covid vaccine – or even just two – can provide long-term protection against serious illness and death. The studies come as US health officials have said they are unlikely to recommend a fourth dose until the fall.

The notion of learning centers as some sort of Trojan horse has always made Disney executives cringe. “We never saw this as an effort to teach the Disney brand and Disney characters,” Andy Mooney, then president of Disney Consumer Products, told The Wall Street Journal in 2009. “We decided to teach the English to Chinese children.” Mr Mooney left Disney in 2011.

As a business in itself, Disney English never realized its potential. At one point, the company planned to have around 150 locations in China by 2015 with an annual enrollment of 150,000 children. Expansion into Brazil was discussed. In time, these plans were canceled, in part due to management changes at Disney. Chinese authorities at one point changed teacher visa requirements, which made staffing difficult. The government has also made it harder for private companies to obtain educational operating licenses.

2020-06-23
Previous Post: Coronavirus Covid 19: Tauranga language school on the brink as foreign student money dries up
Next Post: Non-certified teachers used at the language school in a rented city