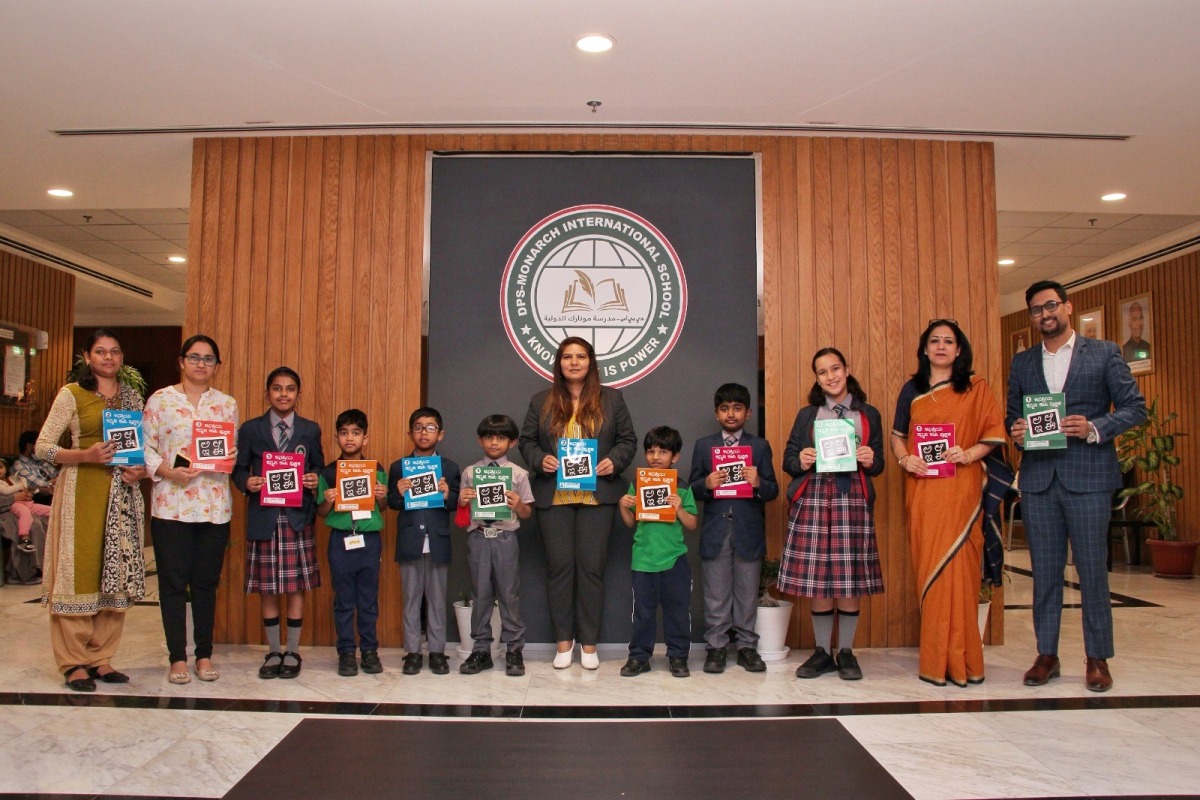 School officials with students at the program.

Doha: Since the start of this academic year, students in grades 1 to 8 can opt for Kannada as a second or third language at DPS-Monarch International School.

Gowda thanked the school management for accepting Kannada’s start request and reaffirmed KSQ’s continued support helping the school to integrate Kannada smoothly into its CBSE program and also for organizing the Kannada workbooks required of Karnataka.

Meenal Bakshi, the principal, said the initiative aims to meet the needs of the communities in Kannadiga and within the context of cosmopolitan demographic change with an increase in the number of bi/multilingual students the school serves.