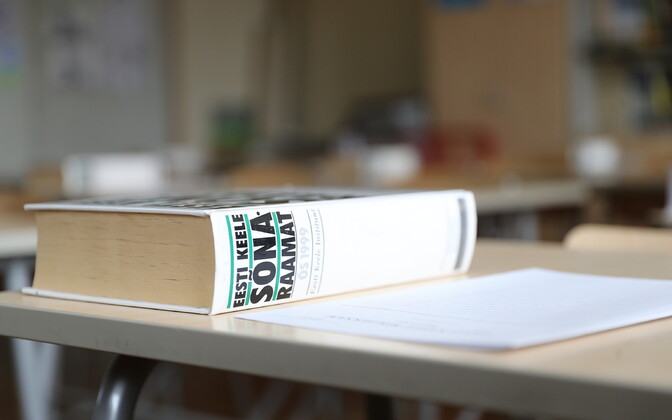 So far, 26,000 refugees fleeing the war in Ukraine have arrived in Estonia and many of them want to learn the official language. The classes opened especially for refugees have already filled up quickly.

“We know that the number of people who want to learn the language today will certainly be higher. The concern is that we do not have enough language teachers. Even if we say that 20,000 people need to learn in At this moment, we just have to understand what possibilities we have today,” Piret Hartman, undersecretary of the Ministry of Culture, told ETV’s “Aktuaalne kaamera” on Friday.

Hartman suggests Ukrainians can start learning the language using websites and apps such as keeleklikk.ee and speakly.me.

AK visited an Estonian class at Tartu Folk High School to talk to Ukrainians who have started learning. The school opened a class last month which has now grown to five.

“There is a lot of interest. We now have four more groups, one of them is led by an Estonian teacher, the others are supported by the city government of Tartu,” said Ingrid Leinus, head of the study department.

The courses last 60 academic hours and the vocabulary necessary for daily life is taught. The AK class encountered was meeting for the third time.

“I would like to stay here because over there [in Ukraine] I have problems with my house. And I would like to know the language to work, rent an apartment and live independently in the future,” said Toma, who participated in the course.

Marina said: “We had to leave our town, Chernihiv, it was blocked. We don’t know how long we will stay here. We decided to learn the language because we can’t go back.”

His first impression of the language is that it is “very difficult” and will take a lot of work to learn. “It won’t be easy,” she said.