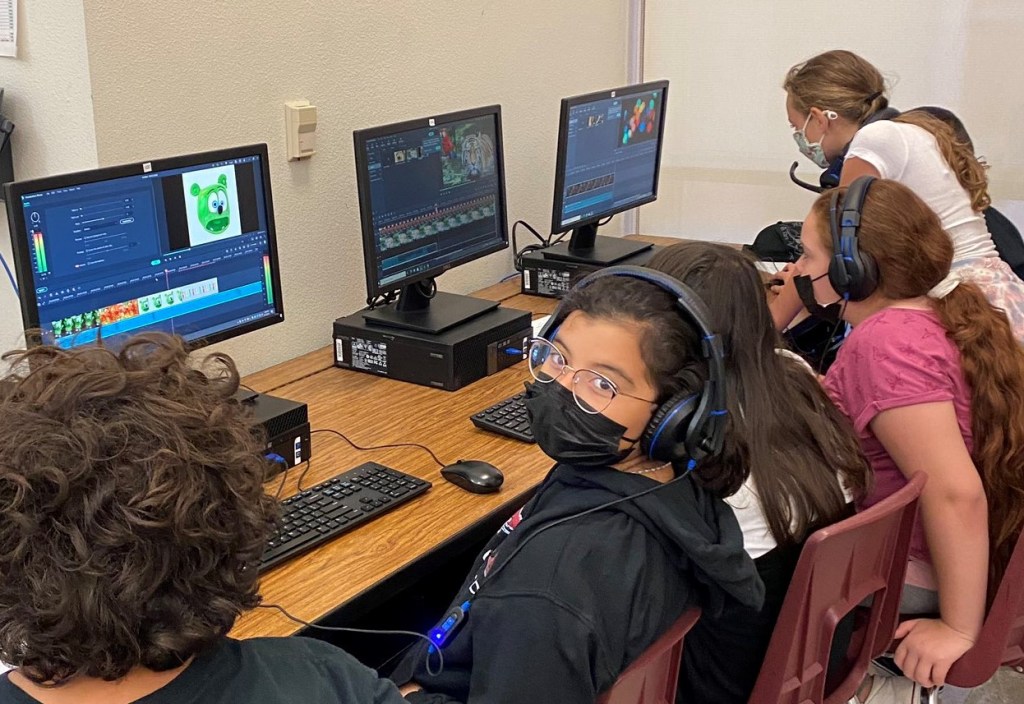 Students at Almond Elementary School in Fontana are encouraged to put on their principal’s caps and shout “lights, camera, action!” as the school launches its Pacer Production Studios after-school video program.

In the program, elementary students learn the basics of filmmaking with the help of television production students from Summit High School.

“Pacer Production Studios has really resonated with our students. We want to give them those relevant experiences and let their creativity shine through the video production,” Almond Elementary School Principal Tim McCaffrey said in a press release.

“Our kids have top-notch equipment and a great partnership with Summit High School’s television production students, who come to Almond and serve as mentors,” McCaffrey said.

Pacer Production Studios will have two learning tracks – one for traditional filmmaking and one for producing student-led daily morning newscast announcements. Students use Filmora, film editing software that allows them to add special effects and other post-production features to their project.

“Our goal is to create a partnership with Almond that will benefit students at both schools,” Artie Casas, television production teacher at Summit High School, said in the press release. “I teach my students to push their limits to see what they are capable of, and that’s what we want to pass on to students at Almond. Especially in film production, you can’t be afraid to fail because that’s how you improve.

In addition to teaching its students communication skills, Pacer Production Studios also includes instruction on ethics, safe practices and how to approach media creation responsibly, according to the press release.