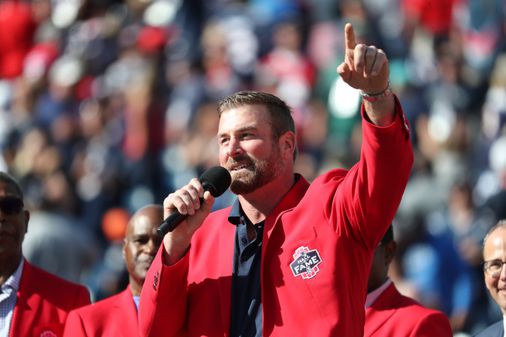 Former New England Patriots offensive lineman Matt Light lost his bid for a Foxborough school board seat on Monday as voters returned the incumbents in a four-for-two race.

School committee chairman Rob Canfield led the pack with 1,792 votes and Brent Ruter retained his seat with 1,710, according to City Clerk Robert Cutler.

Both Light and Pires had raised questions about the school board’s approach to education during the pandemic. Light, a Patriots Hall of Famer who has four children, had called for a “comprehensive assessment” of COVID-19 policies to find out their impact on students.

“I was ready to do the job, but it wasn’t my time,” Light said on his candidate Facebook page.

Light, an offensive tackle against the Patriots from 2001 to 2011, said he quit campaigning about a week before the local election because he was “tired of politics and personal attacks.”

“I appreciate all the support that has been given to me and my family and I will focus on these people and the work we have done through the foundation,” he said. said, referring to the Light Foundation, which sponsors youth leadership programs. “So lessons learned, friendships won and focus confirmed!”

Johanna Seltz can be contacted at seltzjohanna@gmail.com.