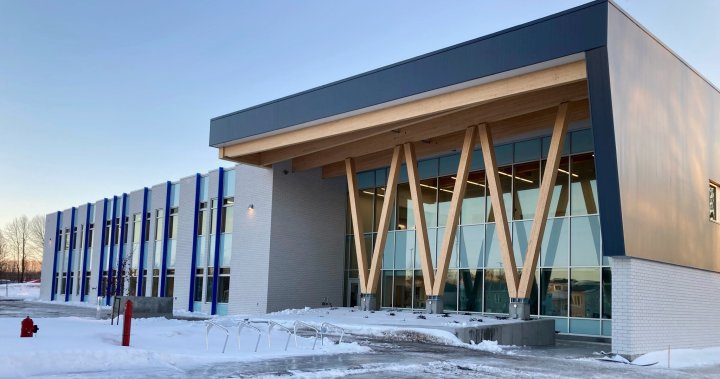 Inauguration of a new English school in Drummondville – Montreal

Hundreds of school children, their parents and their teachers celebrate the inauguration Thursday of a new English-language elementary school in central Quebec.

Drummondville Elementary School held an official inauguration ceremony for the building, which has been in operation for more than a week.

“We cried. Seeing how the gym for us was a big wow. But everything, seriously, everything is just a big wow,” said school principal Dany Grenon.

The new school is only six kilometers from the old one, but working and learning in the new institution is a game-changer.

The classrooms and the gymnasium are much larger. The corridors are wider and the students have a cafeteria for the first time.

“Every day we stop in the hallway and the kids say we have so much space. Like, I can get my bubble back. Like, it’s so awesome,” Grenon said.

It cost $16 million to build and officials say it is worth it to the community.

Six years ago, enrollment was 245 at the school. Next year, the main projects will exceed 300.

“By having an English school here, we are supporting the city’s efforts to attract new industries, new jobs, new people,” said Michael Murray, chair of the Eastern Townships School Board.

It is the only English elementary school in Drummondville, but English speakers have a long history in this French-speaking city. Government officials say the English-speaking community remains key to the fabric of the city.

A new learning environment in a modern school to help foster the education of hundreds of students.