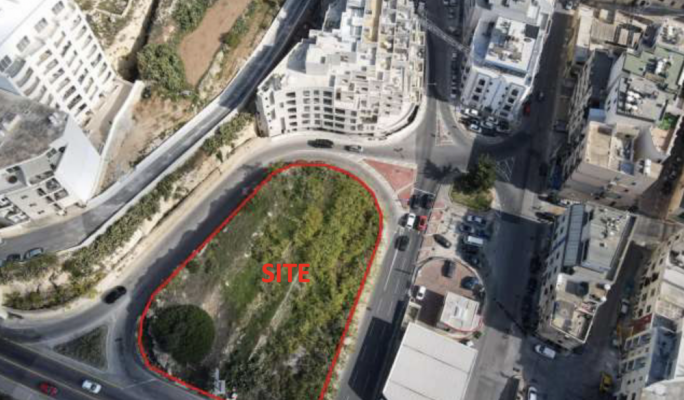 Language school, offices and gym on offer in a green enclave in St Julian’s

Developers want to build on a green enclave retained as an “island” when the regional road was built more than 50 years ago.

The site was once part of the Balluta Valley and covers 2,300 m². The proposed development includes two levels of underground parking, a gym and spa, an English language school, a games software academy and offices.

A public garden with a gazebo and seating area, a playground and a wooded area is proposed above the proposed building, which will rise three stories above Birkirkara Road and one story above Regional Road .

The vacant site is located along Triq Henry Calleja and Triq Mikiel Anton Vassalli opposite the new service station on the way to Ta’ Giorni and San Gwann.

The app was presented by Jodie Camilleri, shareholder of Camland Limited, which is also owned by developer Charles Camilleri. The application submitted in February but published last week specifies that the land in question is wholly owned by the applicant.

The site includes remnants of rubble walls that enclosed ancient fields and terraces along what was once part of the Balluta Valley and is designated as an “open public space” in the local plan approved in 2006.

No development is normally permitted on these public spaces, except for community purposes, provided that “a significant proportion” of the site is kept as open space.