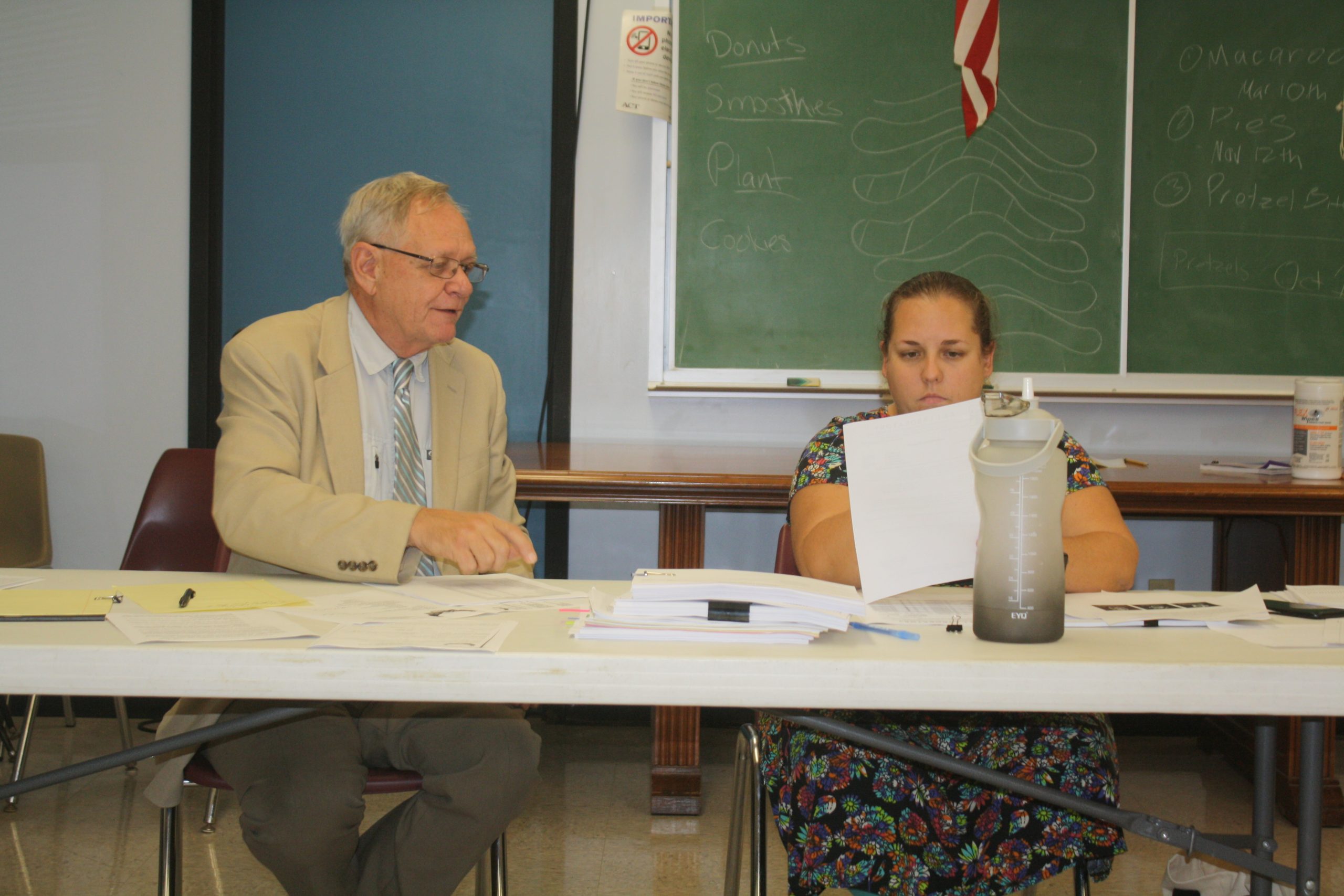 LIMESTONE, Maine — After allegations that the superintendent of Limestone School waited three months before telling the community about the high levels of lead found in drinking water, school committee members urged officials to take prompt action to replace or repair faucets that consistently test high.

Last week, the principal of the Maine School of Science and Mathematics, which shares a building with Limestone Community School, said LCS Superintendent William Dobbins was aware of initial lead test results in March, but did not informed employees and parents only on June 3.

The delay drew criticism from school officials and appeared to violate a state law established in 2019 requiring schools to test for lead, notify the community of any problems within five days and repair affected plumbing. .

In February, the Maine Centers for Disease Control and Prevention tested all 37 faucets and found that 25 contained lead levels well above Maine’s 4 parts per billion limit or the Agency’s 15 ppb. environmental protection – one of them 43 times more than acceptable levels.

CDC public records show that although follow-up and confirmatory samples were taken at the school between March and June, LCS only provided proof of the public notice after CDC officials requested that evidence in May, according to Maine CDC spokesman Robert Long.

“If I missed the deadline [for public notification], It was not my intention. I have the best interests of the school at heart,” Dobbins said Wednesday night at a school committee meeting.

Mark Tasker, Chair of the Department of Social Sciences and World Languages ​​MSSM, and Deputy Executive Director Tracy Moore were the only ones to address early results management during the public comment period.

They read a statement on behalf of MSSM executive director Sam Critchlow, who released the results but was traveling out of state on Wednesday.

Critchlow reiterated his frustrations with the lack of public awareness and encouraged the school committee to remain transparent.

“The first results came to the school on March 8, but we didn’t know until June 3,” Tasker said as he read Critchlow’s letter. “MSSM closed our side of the building but [faucets] on LCS continued to circulate.

Meagan Malena, a member of the committee, confirmed that she and other members were not aware of the test results until June, before the notice was sent home with the students.

Amanda Smith, another committee member, also expressed concerns about whether the administration was following LD 153, the state law requiring schools to report lead results to the public within five days.

“We should have known in March,” Smith said. “Moving forward, we need to make sure people are aware of what’s going on.”

Follow-up test results from mid-August, now published on the school’s website, reveal that only seven faucets have lead levels between 4 and 15 ppb, most of them having been used infrequently by students and staff in the past.

Faucets affected in the MSSM portions of the building include a home economics sink (15 ppb), a science lab sink (10.5) and a conference room (8.9). Prior to faucet flushing and follow-up testing, these sinks were tested at 18.7, 25.3, and 103 ppb, respectively.

Tasker noted that the home economics sink is one of five sinks in this area, so the students were able to use the unaffected ones.

The remaining wells on the MSSM side are ones that staff and faculty have used infrequently, if at all, he said. All wells were closed after MSSM received initial results in June.

School committee members chose to prioritize fixing sinks that LCS and MSSM staff and students were using more frequently, including one in a teacher’s break room who recently tested at 6.8 against 18.9 previously.

LCS facilities and transport supervisor Ike Heffron said he has turned off the taps which still contain high levels of lead and will ensure others have signs warning people not to use the taps, at the request of the school committee.

He also said he and the headteachers would discuss the costs and work involved in possibly replacing or repairing some taps.

Committee members agreed that officials should inform the public of any further test results and corrective actions before reporting to the council.

“I would say email us and then post [the updates]Malena told Dobbins. “If we have to post in five days, do it.”

The next LCS Committee meeting is scheduled for Wednesday, October 12 in the Board of Directors’ conference room, with start time to be announced.

More articles from the BDN