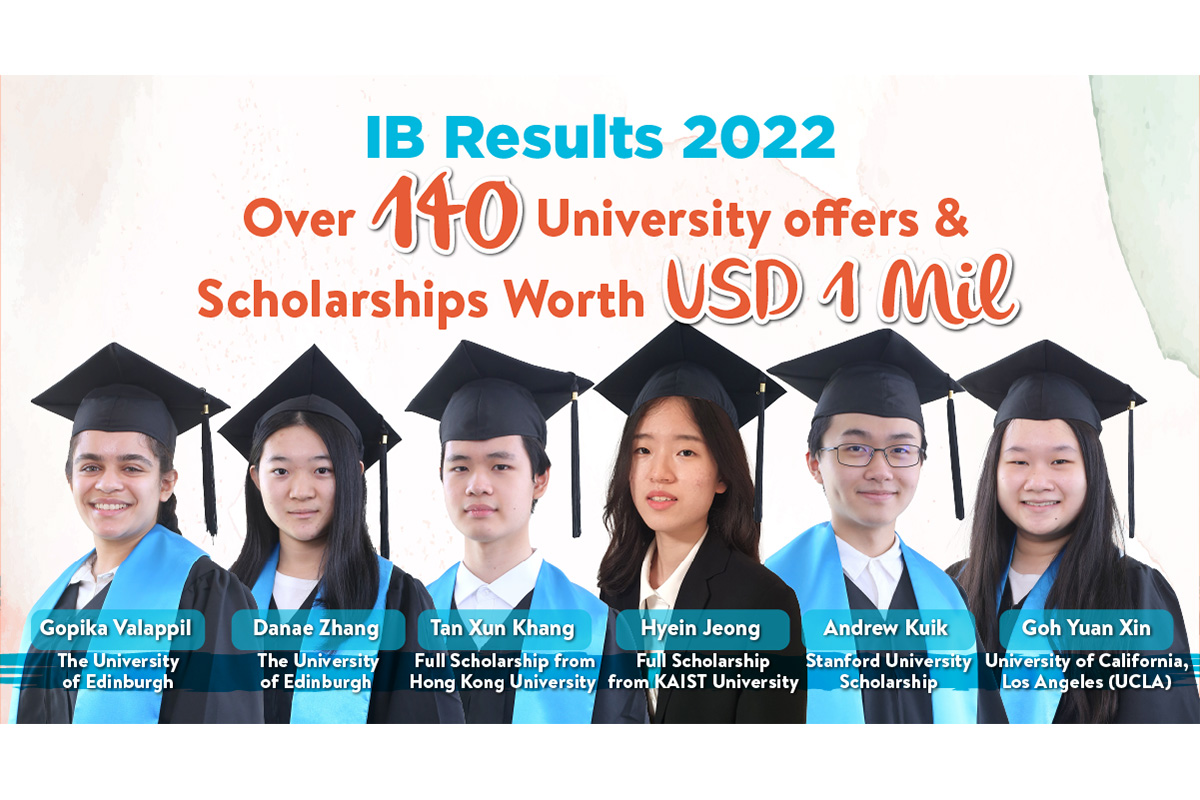 Nexus International School Malaysia, recognized as the top IB school in Malaysia and 73rd in the world last year, has announced that its International Baccalaureate Diploma Program (IBDP) graduates have won over 140 college offers and 1 million worth of scholarships from prestigious universities around the world. including Stanford University, University of British Columbia, University of Toronto, University of Glasgow, Korea Advanced Institute of Science and Technology (KAIST), University of Hong Kong and many more. ‘others.

Nexus International School, offers international education and boarding, achieved an outstanding average score of 35 points in exams, higher than the global average score of 2021. The school is proud of the achievement of one of its cohort of graduates from largest and most diverse IBs of all time, with learners from 13 different nationalities providing a truly international experience for learners. 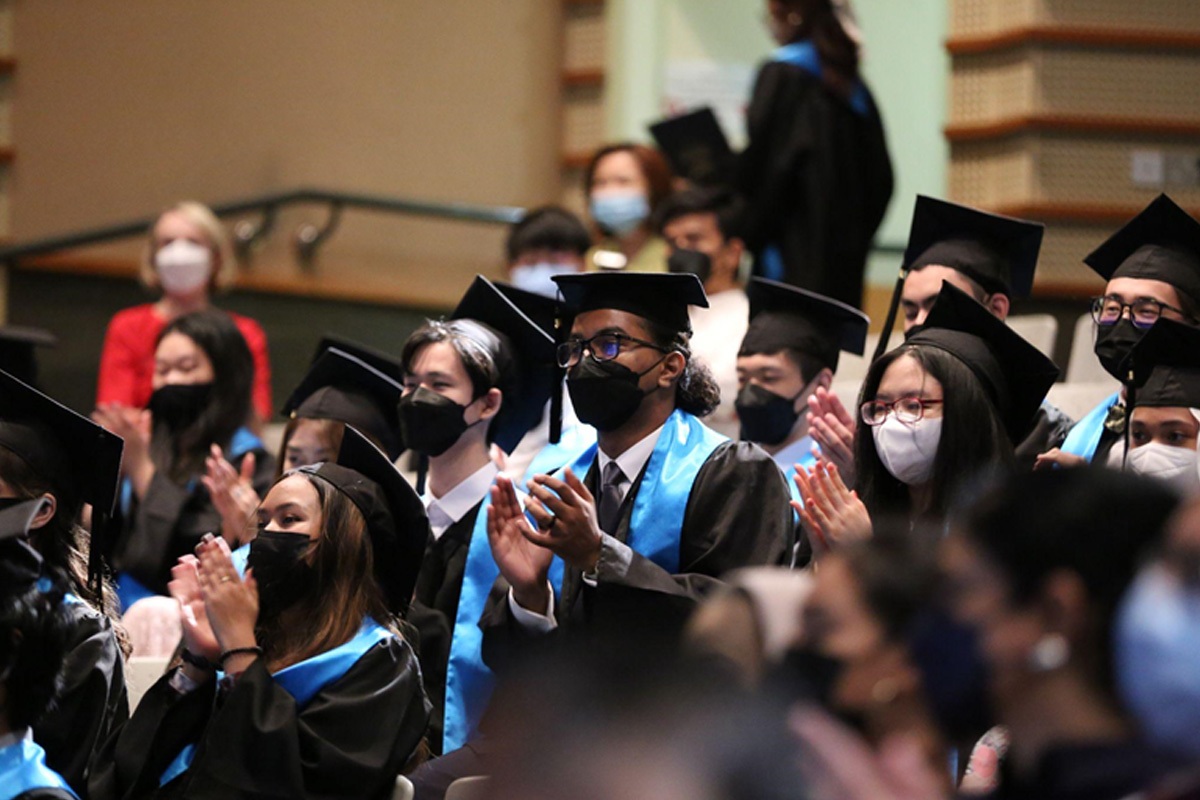 Even before the IB results were announced, Nexus learners had won over 140 college offers and $1 million in scholarships from prestigious universities around the world.

The IB Diploma program is made up of six subject groups, which offer a wide range of subject choices for pre-university students, including the opportunity to take creative subjects as well as languages. The core subjects of the degree aim to broaden students’ educational experiences and challenge their application of knowledge and skills. The Theory of Knowledge (TOK) subject asks students to think about the nature of knowledge; Community, Action, and Service (CAS) requires students to participate in a range of activities and projects such as music, sports, or fundraising; while the in-depth essay is independent research, resulting in a 4,000-word college-level paper.

Get a head start on college life with an IB experience

A testament to the IB’s approach and ethos of producing lifelong learners who can make a difference, Nexus International School graduates have indeed had a head start on their future, thanks to the enriching IB experience they have had. Andrew Kuik, is one such learner who won a scholarship to study Computer Science at the prestigious Stanford University, USA and scored 42 points in the IB exams. A passionate and accomplished pianist, he has raised a total of RM147,000 in funds over the past 5 years by organizing charity concerts for the benefit of refugee centres, autistic children’s associations and many other charities.

“As I loved playing the piano, I wanted to do something with it that could also help other people, especially the less fortunate. The concerts I organized in various places in Kuala Lumpur and Selangor also gave the ‘opportunity for other musicians, including Nexus learners, to perform in front of large audiences,’ says Andrew, who was with Nexus for 6 years of his high school life. . . “I chose to continue studying the IB diploma because I felt it gave me the opportunity to tackle a wider range of subjects, which opened up more possibilities for me in career choices,” he adds.

The University of British Columbia, Canada has meanwhile recognized Joseph Chung, another Nexus International School graduate, with the Karen McKellin International Leader of Tomorrow Award, which offers a full scholarship worth $250. 000 USD for him to pursue a Bachelor of Science degree in the university. 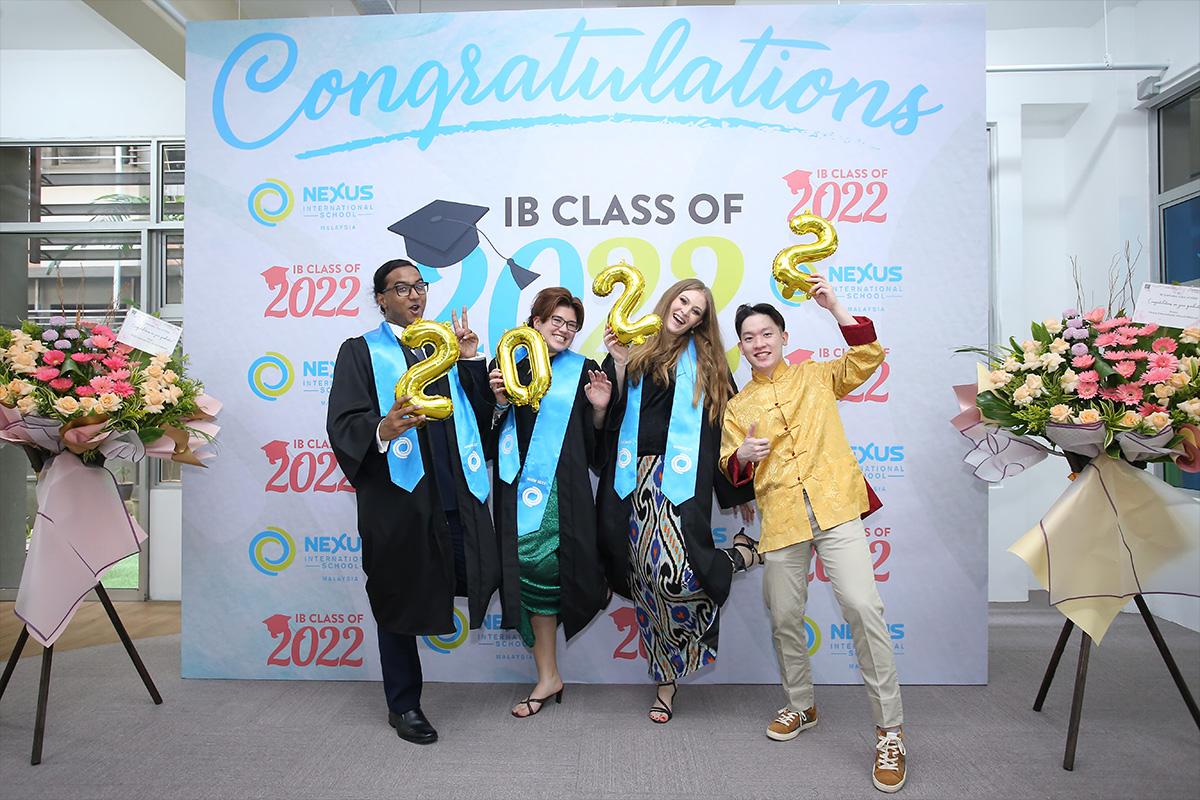 Joseph, first from right, graduates with his IB classmates, winning the Karen McKellin International Leader of Tomorrow Award from the University of British Columbia.

While studying at Nexus, Joseph had already established a research internship with the Genomics Research Center, Academia Sinica in Taiwan and even obtained a patent for his invention of a “safety alert method for child safety seats “. He attributes his success to the school’s philosophy of supporting each learner in their passions and reaching their potential, and as such, has always been able to reach out to his science teachers for clarification on matters that do not did not fall within the content of the textbooks. Joseph has won several other awards, including the Best Biology Award and National Top 15 in the International Medical University (IMU) Science Discovery Challenge 2021 and was named a two-time National Champion of the Sime Darby Young Innovators Challenge ( SDYIC).

Additionally, Danae Zhang, who scored 44 points, is from China and appreciated the openness and positive learning culture throughout the IB program. “When I started at Nexus in 9th grade, my English skills were not very good, but I started acting in 10th grade and learned a lot by interpreting and analyzing various texts. His hard work paid off as the school gave her a partial scholarship to continue studying the IB program “The teachers are very supportive throughout the IB program and definitely one of the reasons for my success” , she adds.

One of the top priorities of international schools such as Nexus is their career guidance and counseling in higher education, where learners receive advice and guidance from the age of 14 on their career suitability, exposure to various job choices, education and careers and one-on-one assistance with college application processes (including writing personal statements), finding scholarships and more. This is an essential part of the IB Diploma program to ensure that graduates gain access to the course and university of their choice.

Learn more about our internationally minded IB learners and how they learn to solve real-world problems and make a difference in the world. Be part of the best IB school in Malaysia.

The school is currently offering IB Diploma Scholarships of up to 30% off tuition fees for August 2022/23 admission. For those who wish to consider boarding, a special promotion of up to RM50,000 on tuition and boarding is available. Find out now at https://bit.ly/3RELoFv.