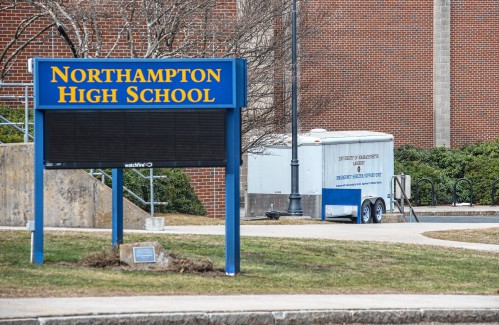 Nine women, one man elected to Northampton School Board

NORTHAMPTON — The school board will see significant turnover on Inauguration Day Jan. 3, as nine elected women step on board and one man fills a ward seat.

In Tuesday’s general election, voters chose eight women and one man for the school board. Mayor-elect Gina-Louise Sciarra will serve as chair as an ex officio member.

Only three incumbents, all women, ran to keep their seats and all were unopposed: Emily Serafy-Cox from Ward 3, Dina Levi from Ward 5 and Kaia Goleman from Ward 7. Three men and three women – Rebecca Busansky, Sean Condon, Laura Fallon, Roni Gold, Lonnie Kaufman and Susan Voss – did not seek re-election.

On Wednesday, Serafy-Cox, the Ward 3 member elected to a second term, celebrated the election results in a social media post with the hashtag #TheFutureIsFemale.

Reached Wednesday, Serafy-Cox said, “I don’t think it’s surprising that it’s women who step up in times of crisis. It is the women who have carried us through some of the most difficult times in our country.

“It’s like standing on the shoulders of our ancestors, so to speak,” she said. “It’s been a really exhausting couple of years for all of us, especially our educators, so I know the people who are preparing for this next term are very passionate about the schools. I’m really excited to work with them.

Agna said the female-to-male ratio on the new committee “is something to celebrate. I had a wonderful experience during my career working with women.

Among these female colleagues are three other newly elected members of the school board: Ghazey, who was a teacher at Jackson Street while Agna was headmistress, and Miller and Robbins, whom Agna met through their work in the field of education.

“I think the women have big hearts and are interested in hearing about the human side of things, and I hope that’s reflected in school committee meetings,” Agna said.

Her own goals, she said, include a review of salaries for school staff at all levels and raising awareness of “some of the voices that are not usually heard on school committee issues.”

Brian Steele can be contacted at bsteele@gazettenet.com.