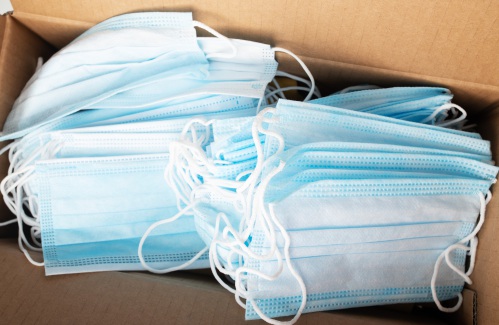 Northampton school board must follow science now, not from 2020

As the start of the 2022-23 school year nears, children in Northampton are facing a disrupted start to Year Four with policies aimed at limiting the impact of the COVID-19 pandemic that are no longer supported by state and federal health agencies.

At this point, even the CDC, which of the world’s public health agencies has been one of the most enthusiastic about school mask mandates, is now advocating for the removal of those mandates in most circumstances. As of August 11, the CDC recommends universal masking at school only when a county’s level of COVID transmission and hospitalization is at the “high” level.

However, the policy being considered by the Northampton School Board would trigger compulsory school masking when grade reaches ‘medium’ for two weeks, and masking would not be dropped until grade is ‘low’ for two weeks. This difference may not seem particularly large, but in fact Hampshire County has been at the medium level for 11 weeks since February 2022, but during that time it has never been at the “high” level. So, if we follow CDC guidelines, mandatory masking is highly unlikely in public schools, but if the school board adopts the proposed policy, mandatory masking will be easily triggered and will be difficult to remove.

Additionally, Northampton’s proposed policy would also allow the superintendent or school board itself to impose a universal mask requirement, based on the vague criterion of “impact on student learning,” even when the threshold official two-week “average” level is not reached.

Northampton’s proposed school mask policy also conflicts with the Aug. 15 guidelines from the Massachusetts Department of Elementary and Secondary Education and the Department of Public Health, which state, “There are no requirements at the statewide for masking in schools, except for school health. offices, and the Commonwealth does not recommend universal mask requirements. The state does not recommend “triggers” that would result in the implementation of a student mandate; he simply recommends that districts not impose mask mandates.

The Northampton School Board has no qualifications or justification to reject state and CDC public health advice. The committee followed the advice of these bodies when that advice was more restrictive, but following expert advice also means removing restrictions when experts conclude they are no longer warranted. The school committee needs to follow the science of the current moment, not 2020. The committee needs to hear from parents and community members now that these masking policies should not be adopted. Please contact a committee member today or comment publicly at an upcoming meeting.

At this point, most national media outlets, including The New York Times, The Washington Post, and NPR, have acknowledged the immense damage the school closures and the masking of children have caused. Numerous studies have documented profound learning loss, absenteeism, and the impact of masking on children with language, social, or developmental delays. While the wrongs of our policies have fallen on the shoulders of all children, it is clear that they have fallen most heavily on the shoulders of the most vulnerable. While this harm to children was, in our view, entirely foreseeable, what is most important now is that we prioritize the well-being of our children in the future.

Finally, we note that the policies proposed in Northampton are deeply out of step with the rest of the world. For example, most of Europe, including progressive social democracies such as Denmark, Norway, Sweden and Finland, have either dropped all school mask mandates or never had them. had in the first place. In addition to being aware of the harms of masking children, the world has paid attention to two critical facts: first, COVID-19 has never been a serious threat to the health of most children, and at this point , the vast majority of children have built up immunity through exposure to the virus; and second, our best studies have indicated that school mask mandates aren’t actually effective at controlling the spread of disease. We recognize that it is difficult to fully absorb this last finding, given the enormous focus on school masking in our community, but we encourage the curious reader to review the studies that come closest to the standard- or from a controlled trial: the Spanish study of unmasked 5-year-olds versus masked 6-year-olds, and the study of closely comparable Fargo and West Fargo school districts with different mask policies.

To put it bluntly, we see no reason why the views of the Northampton School Board, regarding the benefits and costs of mandatory child masking, should supersede those of state, national and global public health and education experts. . We hope that parents and other concerned citizens will let the school committee know that it is high time to prioritize the well-being of our children, and to make mandatory mask wearing a policy of last resort, if used.

The authors are members of Mask Choice Pioneer Valley. This guest column was also signed by Emily Boddy, Patrick Boughan and Adrian Staub.