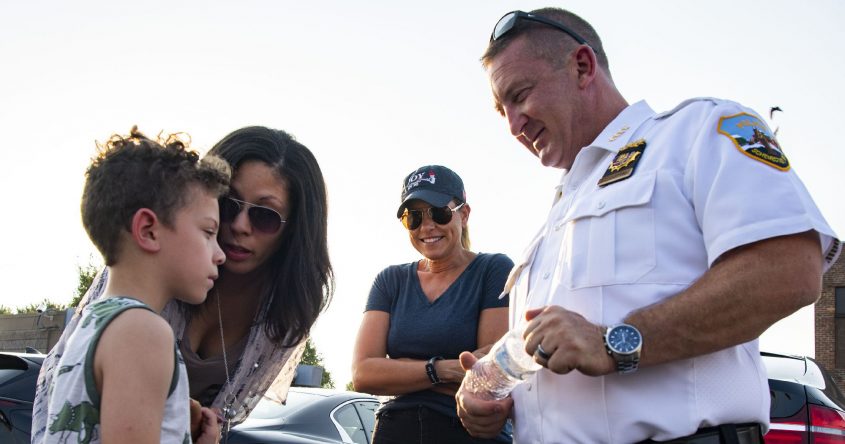 No one will be upset to have police officers patrolling the school buildings when a group of kids get into a fight too big for the teachers to handle.

No one will be upset if these officers prevent a violent incident from spreading off school grounds onto city streets.

And no one will certainly be upset about having officers around if, God forbid, someone walks into the school with a gun and starts shooting.

There is a level of safety and comfort that comes with having local police, who students and teachers have become familiar with, on duty to keep the peace so others can focus on learning.

These are just the most obvious and significant benefits of the joint effort by the City of Schenectady and the school district to increase the number of so-called “School Resource Officers” in middle and high schools.

Now that it’s likely City Council will formally approve the arrangement next week after narrow school district approval last month, it’s up to all parties involved – police, students, parents, members of the board and school administration and staff – to put their concerns aside and do their best to make it work.

We understand why students, parents and some citizens have raised objections, given some of the negative experiences with police intervention in schools across the country.

Instead of serving as role models and making students feel safe, comfortable and familiar, the police have in some cases targeted minority students and perpetuated the discrimination and violence they face in the community. street.

The police, city and school officials behind the program in Schenectady are fully aware of this experience and have pledged not to make it a part of this program.

Instead, they hope to model this after ongoing community policing efforts across the country, in which officers and the public develop a cooperative relationship instead of an adversarial one.

The goal here is to build a long-term relationship based on trust rather than fear and suspicion. The police will use the resources at their disposal to help students and families when they can. It’s not just about security. If so, it won’t work.

Of course, the proof will be how this is achieved in practice.

The pilot program in high school that led to the expanded effort in each of the colleges has been very positive.

But if either party feels it’s not working, there are options to opt out. The program will also be reviewed at the end of the next school year.

Everyone has a stake in seeing this effort work.

The time has come for the opponents to stop fighting him, move on and do their best to help him achieve his goal.

More from The Daily Gazette: