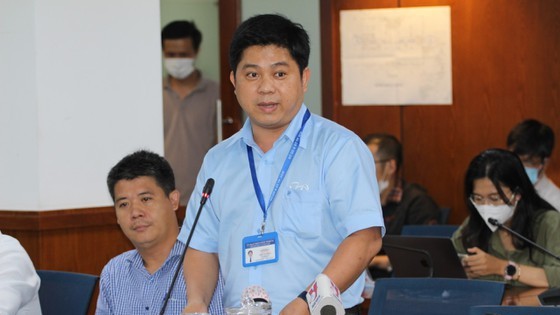 Additionally, the police are given the responsibility to support schools, individuals and teachers when they are threatened or psychologically terrorized while there is no official conclusion from the responsible agencies.

During the regular press conference to inform about the socio-economic situation and the prevention of the Covid-19 epidemic in Ho Chi Minh City held by the People’s Committee of the city, regarding the violent incident between students of the American Academy International School (ISHCMC-AA), Ho Chi Minh City Education and Training Department Bureau Chief Ho Tan Minh Says City People’s Committee Ordered Police to Investigate and Handle Unorthodox Information; simultaneously, the police will quickly protect schools and individuals who have been threatened.

At around 3 p.m. on May 26, the teacher in charge of the school informed the principal that there was a fight between students. The teachers took the children to the medical room for examination. As the school administration interrogated the children for information, that was cut short, when some parents demanded contact with students who were not their children, Minh said.

The school pulled security camera footage and listened to statements from several students who said the tension began when students teased each other before providing information to parents about the incident. However, some parents refused to cooperate with the school over the incident.

The school contacted the parents of the students involved on May 31. Ho Tan Minh said the department had asked the school to report the results by June 3. From the Department’s perspective, the school must take responsibility for the incident. , so the school has to manage it thoroughly.

The municipal people’s committee on May 31 sent an official document No. 1781 to the Ministry of Education and Training. According to the document, the Municipal People’s Committee ordered the Department of Education and Training to continue to guide schools to solve the case urgently while paying attention to the interests of students by stabilizing their psychology and that of their children. parents as well as teaching and learning activities.

The People’s Committee of Ho Chi Minh City also ordered the police force to take measures to deal with unorthodox and contradictory information on social networks when the case has not been resolved by the competent authorities, to quickly protect schools, individuals and educational staff in case of threat or mental terror.

Earlier, in its report to the Ho Chi Minh City Department of Education and Training, the International School of Ho Chi Minh City said it had learned a lesson in dealing with misunderstandings for parents and creating discussions on social networks. On the other hand, the school has also recognized the responsibility of not supervising and closely monitoring students both in terms of learning and age psychology.

At the same time, the school will work closely with parents to find a satisfactory solution to help students relieve their stress.