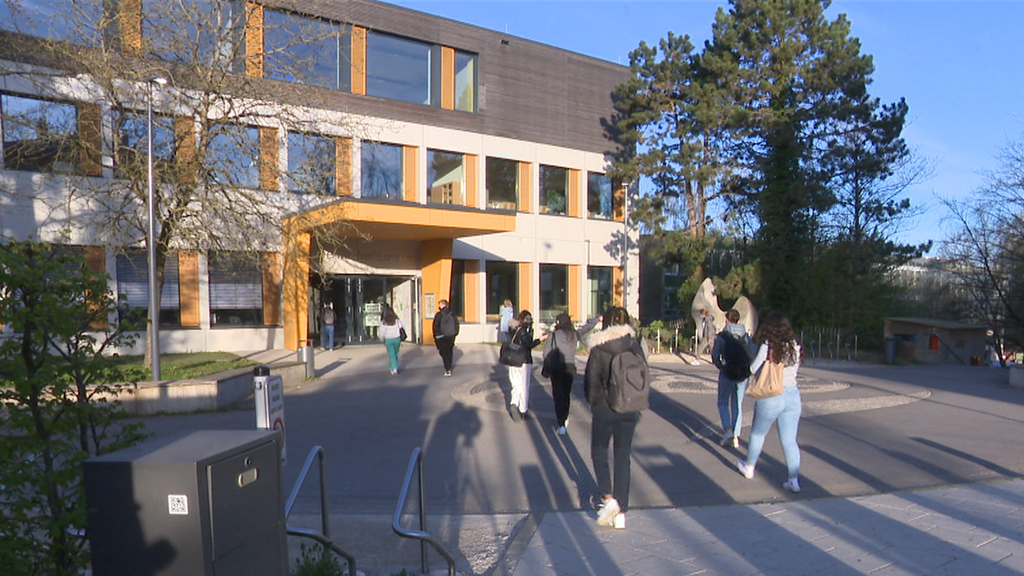 Between 400 and 500 Ukrainian students returned to school in Luxembourg on the first day after the Easter holidays.

Before the holidays, around forty students were enrolled in primary and secondary education at the Michel Lucius International School.

This week, around 60 more people will join them. The International School is used to welcoming new students in the middle of the school year, according to Pascale Petry, director of the International School Michel Lucius. The school aims to integrate children and teenagers into their normal classes with additional English lessons where possible. According to Petry, each case is considered individually. When students are ready, they can start with German and French flexibly.

A kind of “intermediate phase” has been created for children who do not yet speak English, during which they are enrolled in a reception class with 10 to 12 hours of English lessons per week. Other topics will also be prepared. In addition, English vocabulary is targeted to prepare students for other classes. The pupil is then placed in a regular class as soon as possible.

The first results, before the holidays, proved that this approach is quite effective. Children and teens also appreciate the opportunity to make new friends and get back to a more regular daily routine.

Additional staff have been hired to help cope with the increased number of new students. The school places particular emphasis on psychological help. Margarethe Schieser started working as an English teacher with Michel Lucius before the Easter holidays. She was put in charge of a group of Ukrainian students. These young people will attend different classes according to a rotation system from Tuesday to Friday. Schieser and his colleagues will then determine who can be enrolled in which class.

According to Schieser, these students have a good command of the English language. In the event of a problem, the pupils help each other with school work or serve as interpreters between themselves. New students, who will start classes on Tuesday, will be taught in the same way. They will also have the opportunity to familiarize themselves with the school and participate in extracurricular activities during this first week. Because Michel Lucius International School has a diverse student body, a group of Ukrainian and Russian students have already formed to help newcomers.

2022-04-19
Previous Post: Wiscasset organizes competitions for the board of directors, the school committee
Next Post: Middlebury Language Schools to introduce an English language school