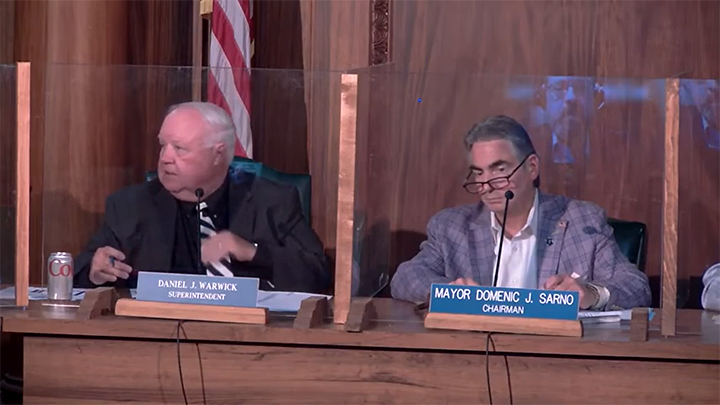 SPRINGFIELD — School committee members expressed dismay at the increased MCAS testing requirements at the September 15 committee meeting. New standards were approved by the state Board of Education on August 15, with the measures impacting students in the class of 2026 or students entering their freshman year.

Superintendent Daniel Warwick considered the increased requirements a “surprise” given that MCAS is already the toughest standardized test in the country. In conversations with Department of Elementary and Secondary Education Commissioner Jeffrey C. Riley, Warwick said Riley emphasized that he was not recommending the change.

“I was really surprised at this time after these years with COVID[-19] we would be talking about changing the requirements for a degree when we already have the toughest test in the country,” Warwick said.

Mayor Domenic Sarno, who chairs the school committee, said the Springfield Public School District is a supporter of standards for schools. However, Sarno said the increased requirements come at a bad time as students make up for the learning loss suffered during the coronavirus pandemic.

Chief Innovation, Strategy and Accountability Officer, Paul Foster, delivered a presentation detailing the impact of the increased requirements on students. With the English language requirements (ELA) dropping from 472 to 486, Foster said the new requirements were having a negative impact on student performance levels in the district.

For the increase in biology standards from 468 to 470, Springfield Public School students would increase from 64% to 60% of the standards. 61 additional students would need a call or retest with the new measures.

Vice Chairman Christopher Collins said he was planning a legislative and contracting subcommittee meeting to discuss the issue. Collins shared that other districts also voiced criticism with the new requirements. He views the subcommittee meeting as a chance for the committee to devise a plan to push back against the state’s decision.

“I hear that other school committees are pushing back… I’m going to have a meeting to discuss it and then make a recommendation to the committee on whether they think we should push back our legislators,” Collins said.

“When you look at the data, it’s scary. When you think about the capacity of what our staff have already had to deal with and now add that as another thing to deal with…it’s really not good. I’m still in shock that this happened,” Naylor said.

Warwick said he would oppose those standards at statewide educational meetings.

“I think everyone needs to push back because it really hasn’t been thought through well, and it’s really not coming from educators, it’s coming from people in politics who have an agenda,” Warwick said.

The school committee will meet again on September 29.