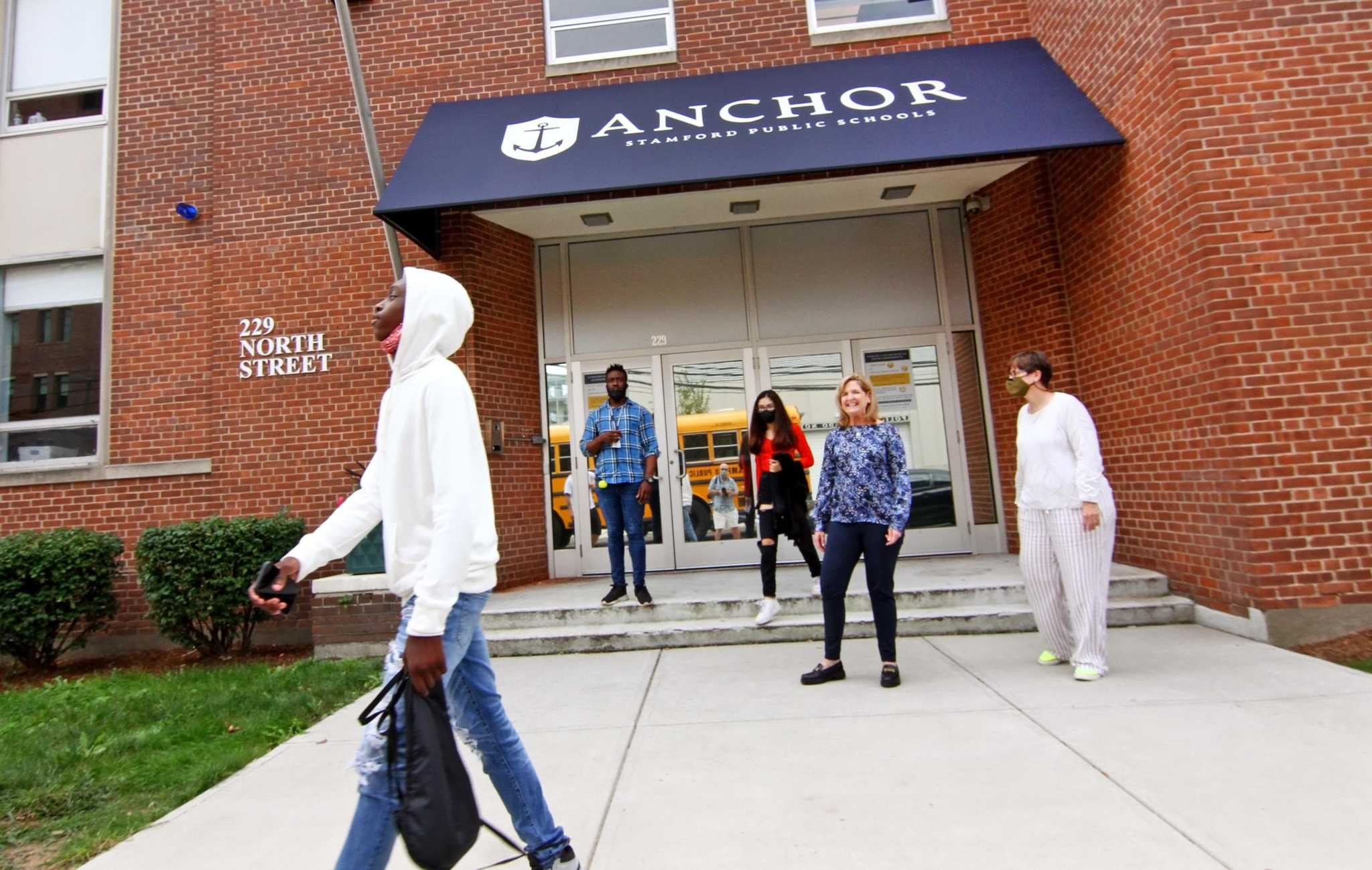 STAMFORD — Keeping students engaged is the name of the game for a Stamford Public Schools program aimed at the most vulnerable students, and officials hope a new home will help achieve that goal.

The Anchor program, designed to help struggling middle and high school students — either because they experience repeated discipline problems or because they suffer from depression, school phobia or anxiety — finally has a permanent home. in downtown Stamford, after many years of relocation.

Laura Greene, the program director, said feedback after the first few weeks at school was positive.

The new home is the former location of the Stamford Academy charter secondary school, which closed in 2019. The site, located at 229 North St., had been on the city’s shortlist of properties for sale. But school officials decided to keep the building in city possession because the lease for the former Anchor program location on Southfield Avenue was about to expire.

The city has spent about $2.4 million to bring the 12,000-square-foot North Street building up to code and ready for occupancy this fall. The work involved mechanical upgrades, new railings and Americans with Disabilities Act compliant equipment, as well as asbestos abatement. A complete interior renovation, which would be a much more expensive project, could come later.

Anchor had a short-lived past, having used various locations around town as a home. In the mid-2000s, when the program was known as ARTS, or Alternative Routes to Success, it moved several times, including stints at Stamford Government Center, Yerwood Center, St. Andrew’s and Congregation Agudath Sholom.

Currently, there are approximately 90 students at Anchor. Greene said enrollment fluctuates after the first few days of each year as students are identified throughout the school year as possible candidates for the program. In order to become an Anchor Student, a school counselor or administrator at a student’s home school must first refer a student to the program.

Some students also leave the program, including those who wish to return to their home school and do well enough at Anchor to do so.

The new space on North Street provides students and staff with more space, compared to the previous location where Anchor was housed.

But that doesn’t mean the program is looking to grow.

Amy Beldotti, associate superintendent for teaching and learning, said the district is only at the stage of discussing the potential expansion of Anchor. But a lot will depend on demand.

“If the demand is there, we want to meet it and make sure we always have appropriate programming for all of our students,” she said. “The door is certainly not closed on this, but we don’t have any specific plans for a big expansion.”

The program is designed to have a student to teacher ratio of 10 to 1 and focuses on project-based learning. Teachers also work to improve students’ social and emotional skills as well as their academic performance.

Last school year, the COVID-19 pandemic had a dramatic effect on student attendance at Anchor.

A total of 53% of students were chronically absent during the year, meaning they missed at least 10% of class. Before the pandemic, this number was around 40%.

“COVID has affected all students, and many students in different ways,” Greene said, adding that the program has many support services in place to help students and families.

She said having a stable new home for the program will hopefully lead to fewer absences.

“Presence all day, every day is our goal,” Greene said.

So far, the returns are promising. Greene said one student even came up to her this week for the sole purpose of saying, “I love this school.”

Greene said it was good to finally have a long-term home.