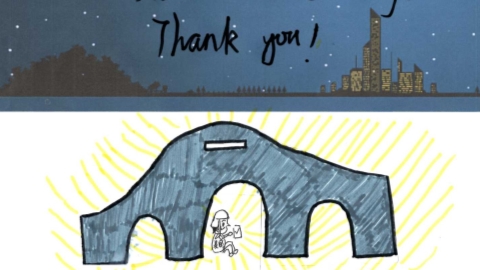 Students from international schools use artwork to thank delivery people

Students at Shanghai’s Nord Anglia Chinese International School recently created 14 works of art in gratitude to local delivery workers, providing a warm follow-up story to a video made by Shanghai Daily in mid-April, when many couriers worked long and hard in the middle of the city. Containment linked to covid19.

“Doing this project has definitely opened up a different perspective for them,” said Joanna Hoctor, International Vice-Principal of Secondary and Art Teacher, referring to the students.

She was so moved by the video that she showed it to her students.

Joanna Hoctor in a live interview with Shanghai Daily.

Hoctor and her husband are both Irish teachers. They decided to broaden their professional horizons by working abroad after their country was hit by an economic crisis.

In 2013, they moved to Shanghai with their 6-year-old daughter, Laila, and started working in a bilingual educational institution. Since then, their family has two new members: Hugo, 4 years old, and Louis, 15 months old.

For Hoctor, one of the most important aspects of education is teaching children to see the world from different perspectives, and the Shanghai Daily video of the delivery people gave him a unique opportunity.

“It was a perfect opportunity to teach students about empathy, compassion, and to celebrate and appreciate all that is good in humanity,” she said in a recent interview. 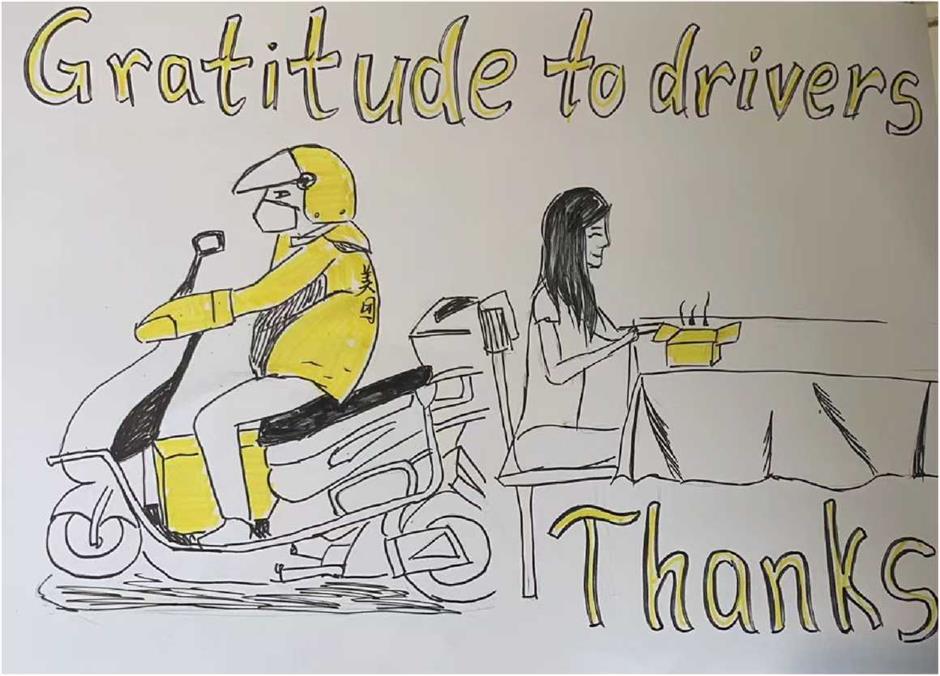 A student from the North Anglia Chinese International School in Shanghai drew a picture of a Meituan delivery man working during the lockdown.

Hoctor revealed that the idea was initially inspired by an article sent by high school head Kevin Dumble titled “Lockdown Getting You Down?” from WeChat Lifelineconnect account. The article suggested things people could do to stay positive during lockdown, and one of them was that when consuming sensational stories – which tend to go viral – it’s important to remember that the world is not just black and white, good or bad.

The article also quoted Fred Rogers, the famous American television host, saying: “When I was little and saw scary things in the news, my mother used to say to me, ‘Look for helpers. You will always find people. who help.”

“That really stuck in my mind,” Hoctor noted.

As a result, she realized that, in a way, video helped to complement her teaching philosophy. So, after showing the video to her students, she gave them an assignment on April 18. She asked her class to spend a week creating works of art in tribute to those people who persisted in their work during these difficult times. 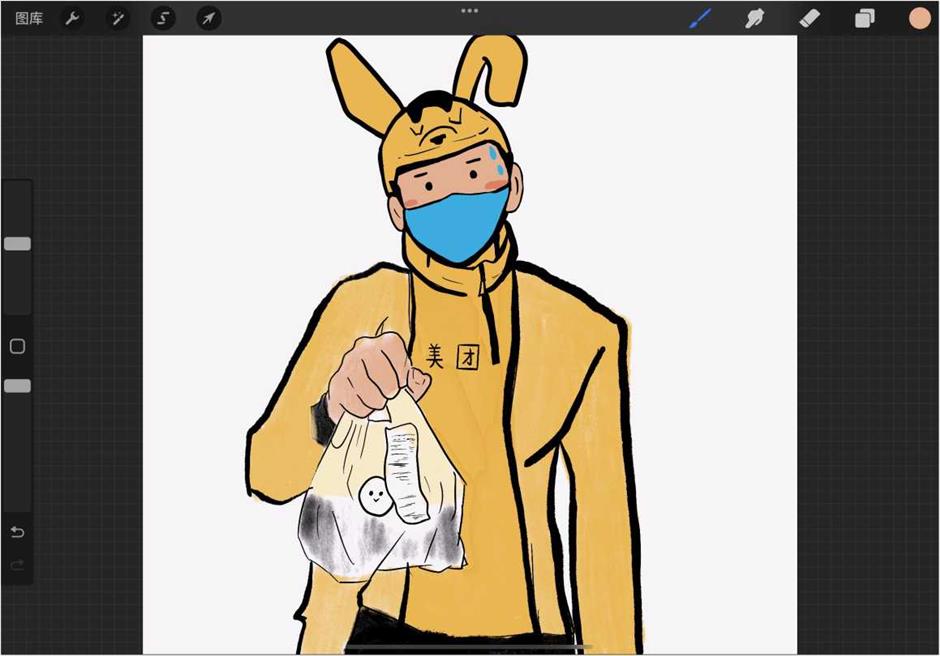 The image of a Meituan delivery man created by a student using computer software.

The students took time to digest the video.

“I don’t think they really thought about what life would be like for delivery people,” observed Hoctor.

“Living in Shanghai, everything is at your fingertips, and everything is happening at such a fast pace. You don’t really stop to think about the actual process it (a package) went through to get to your front door. .”

She also mentioned some of the students’ concerns, such as rumors of delivery people charging exorbitant fees. 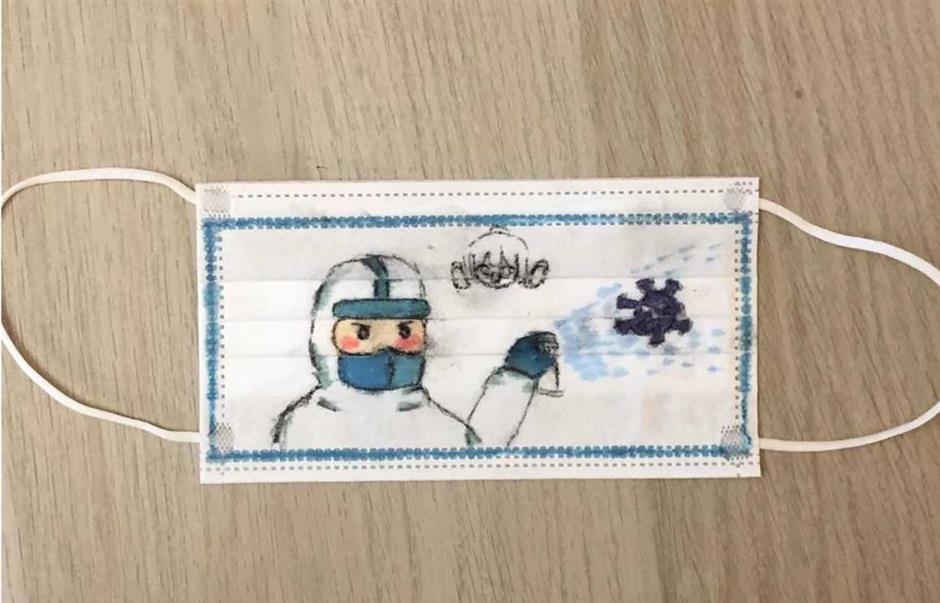 A student drew the image of “dabai” (a nickname for medical personnel in protective gear) on a face mask.

However, Hoctor saw it as a great opportunity to open another discussion with the students. She told them that some people were taking advantage of the hard times, but they were only a small percentage. People need to see this from a different and broader perspective.

“The video gave us a lot of talking points, and we talked a lot about different things related to a lot of different discussions that we might never have had before seeing this, which was awesome,” he said. she declared. 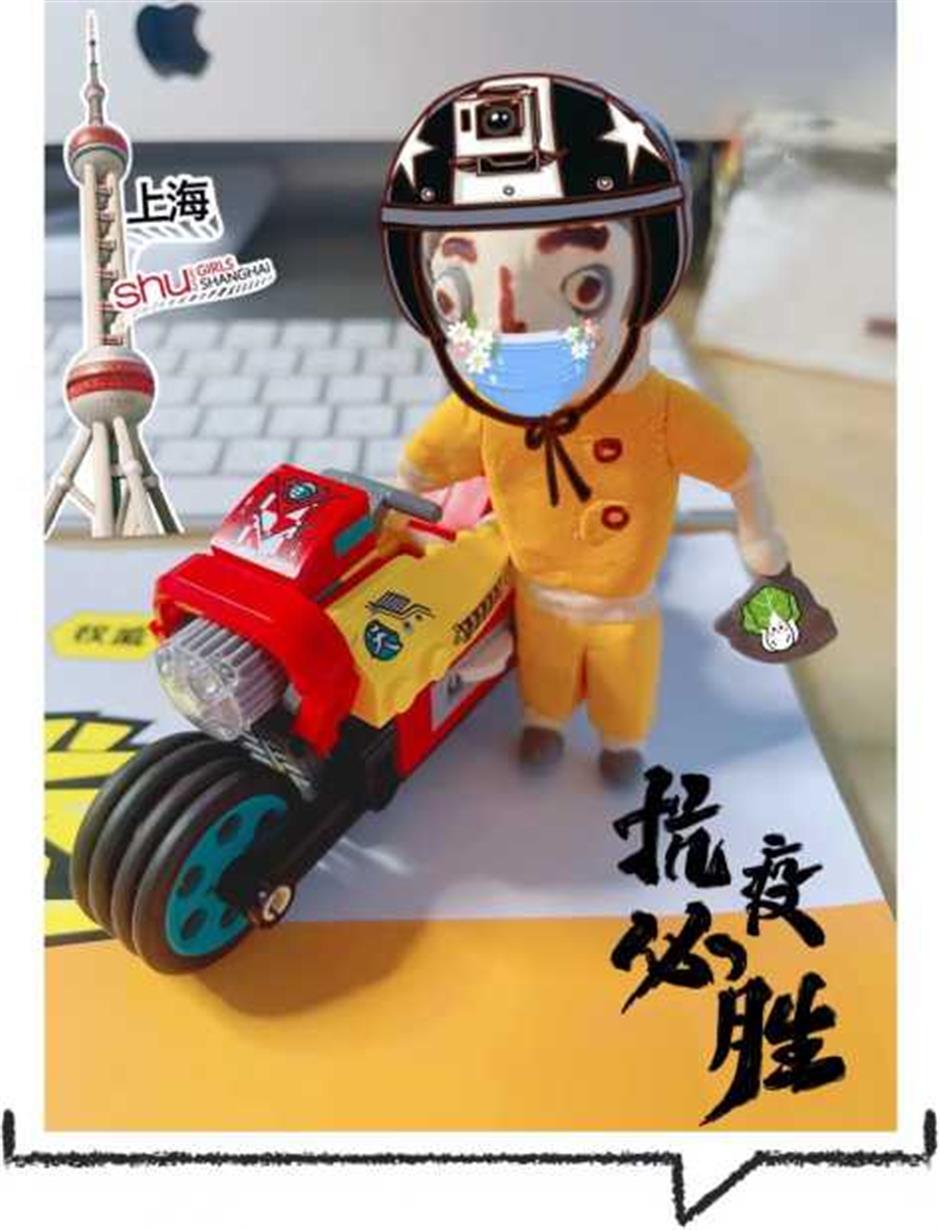 A student completed the assignment with modeling clay and toys.

This work has been presented in different ways. Some created images of those who continued to work during the lockdown, such as delivery people and medical staff, on paper or face masks, with pencil or colored pen, while others completed the mission using computer editing software or by submitting photographs. , modeling clay and toys.

Hoctor explained that through these submitted assignments, she could decipher how well her students understood the subject.

One of the works that particularly impressed her was a simple drawing of a Meituan delivery man sleeping under a bridge. The delivery man uses a yellow brush to brighten up the atmosphere.

“You light up the city. Thank you ! The student wrote at the top of the board.

“The student was not just creating work for work’s sake,” Hoctor pointed out. “He read about it and tried to describe the difficulties the delivery man was going through.” 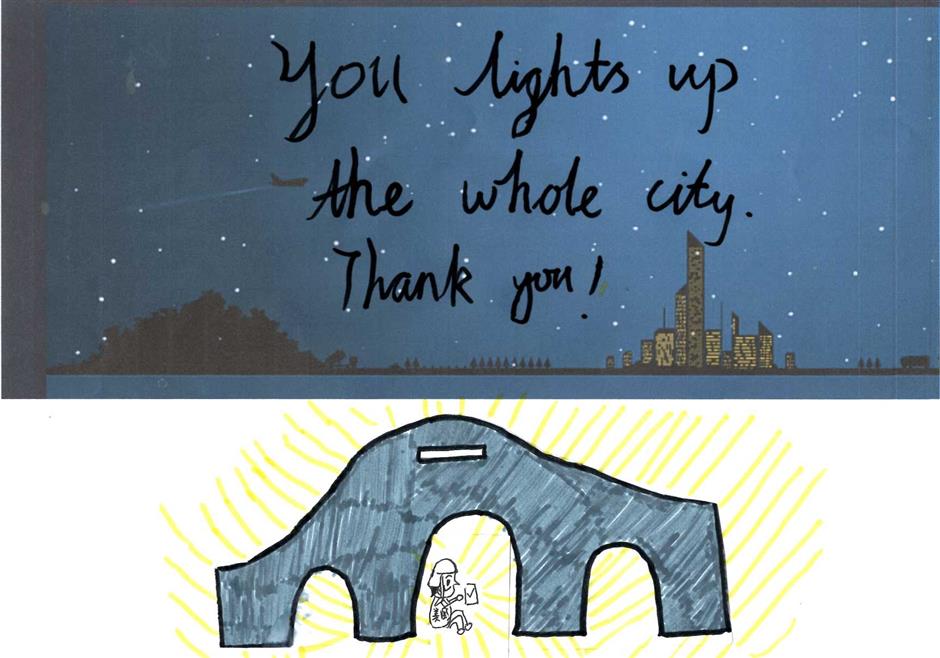 A student depicts a Meituan delivery man sleeping under a bridge in his drawing.

Hoctor said the students tried several ways to express their gratitude to the delivery staff, including giving them items when receiving packages.

Nevertheless, there were obstacles to this. Due to the lockdown, they couldn’t communicate face-to-face with delivery people, so they ultimately chose to show their appreciation through art.

The students were also delighted to see their works appreciated by those who needed encouragement.

“The students just wanted to say, ‘Thank you!'” Hoctor noted. “And they realize how hard the delivery staff work and how selfless what they do.”

2022-05-10
Previous Post: ‘You haven’t done anything’: NK parents confront school board over misconduct allegations
Next Post: Green government would support the University of Sudbury as a French language school