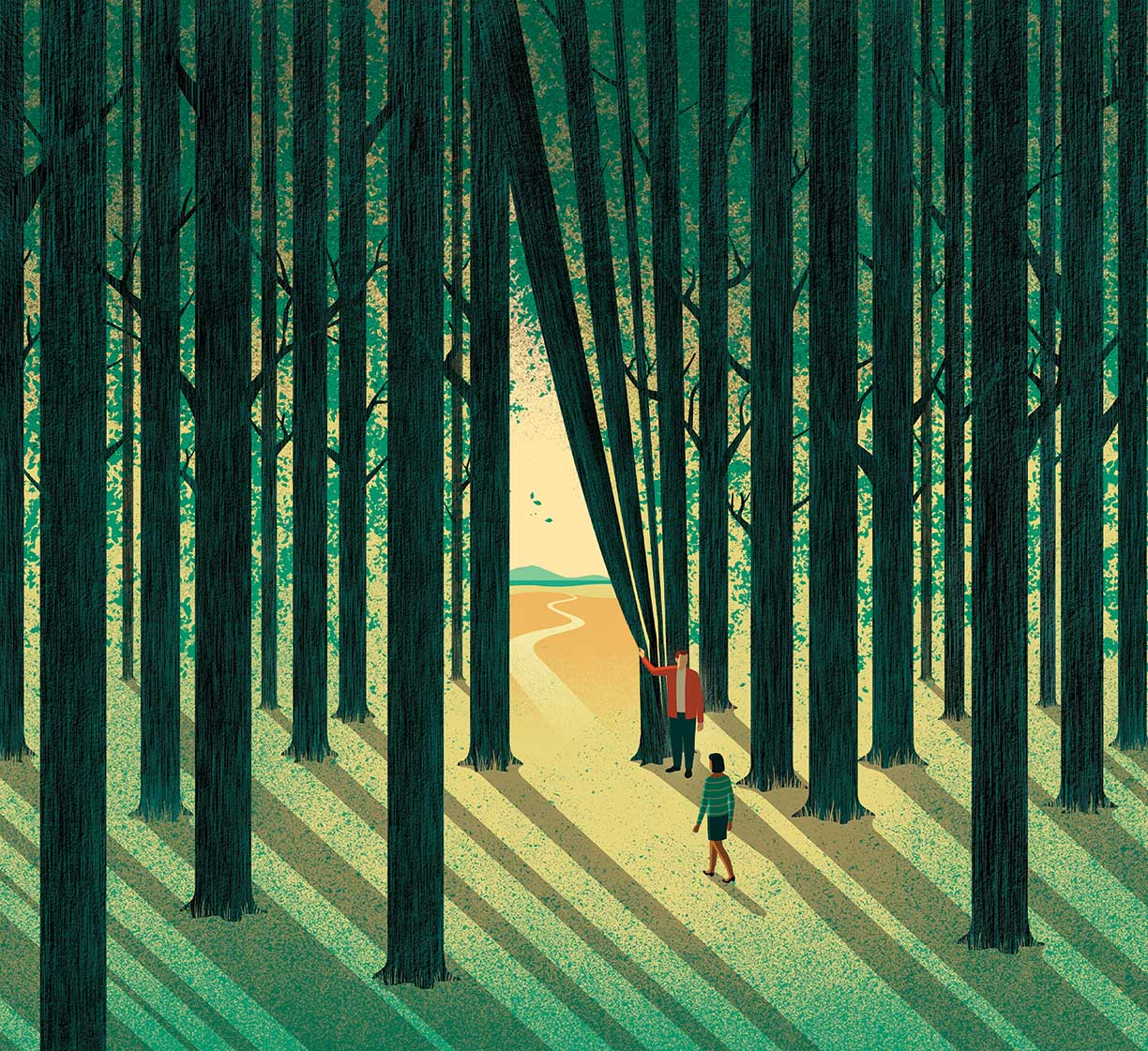 Thanks to GradFUTURES, students find advice on studies, career paths

Two years ago, Jonathan Aguirre *22 graduated with a doctorate. candidate studying Spanish and Portuguese with a desire to grow in the technology industry. Seeking guidance, he signed up for a mentorship program that matches current students with former graduates, run by GradFUTURES, which supports the professional development of Princeton graduate students.

He was paired with Amar Gandhi *96, a project manager at Google who earned his Ph.D. in applied and computational mathematics. Before their first virtual meeting, Aguirre was nervous, but his nerves faded once he connected screen-to-screen with Gandhi.

Aguirre said he felt comforted by Gandhi, who had “such an immediate impact [on] my life, from the very first conversation.

For nearly two years, Gandhi fielded Aguirre’s questions about how to land a tech job. They agreed Aguirre should leverage his fieldwork in the Amazon, where he studied the effects of sustainability projects, as well as his role as co-founder of a research agency, Logische Phantasie Lab.

The two dozen conversations paid off: Aguirre is now vice president and head of user experience research at JPMorgan Chase.

“I learned so much – so many things that I never expected,” Aguirre said. He credits Gandhi with giving him confidence in his own skills, despite his non-traditional path to technology.

Aguirre and Gandhi are among 290 student-alumni matches formed under the GradFUTURES mentorship program. What began in the summer of 2019 as an in-person pilot project for Princeton students interning in Washington, D.C., now encompasses mentors and mentees from 37 of Princeton’s 42 academic departments, with connections formed at the both in person and online.

“As I reflected on my career, I thought about the importance of mentors to me and to my development,” Harker said, reflecting on her professional journey, which began with internships at the U.S. State Department when he was an undergraduate at UC San Diego, and later while working for his MPA at the School of Public and International Affairs. He then became a staffer for the Senate Armed Services Committee, earned his law degree in Georgetown, and after more than three decades at the law firm Arnold & Porter, retired as a partner.

He approached the graduate school with his DC idea during what turned out to be Eva Kubu’s first few weeks as associate dean and director of professional development at the graduate school. Coincidentally, she had already thought about starting an initiative that would include the alumni.

“One of the goals of the program is really to create the same multigenerational networks of alumni and students that have existed, largely for decades, in the undergraduate experience at Princeton. We want to build the same for graduate students,” Kubu said.

Seraya Jones, Ph.D. in Molecular Biology. student, said: “I’m first generation, so I thought it would be great to have some guidance or mentorship from someone who went to graduate school at Princeton and knew… what what to expect.” Jones’ mentor, Kelsey Hughes *15, earned a Ph.D. in Molecular Biology from Princeton and is now Senior Media Editor at Macmillan Learning. Jones said that, among other things, Hughes taught her to value and nurture relationships, stay organized and be mindful of mental health.

“I feel like it helps the next generation,” Jones said. “It paves the way for someone else.”

Any graduate student or alumnus can apply for the program, although there is currently a shortage of alumni volunteers, so students may spend time on a waiting list. After completing a survey, preliminary matches are made through a third-party vendor and then finalized by GradFUTURES staff.

Princeton offers orientation training and resources, but it’s ultimately up to mentors and mentees to determine when to meet and what to talk about.

Based on GradFUTURES surveys and PAW interviews with participants, it is clear that every relationship is different. Some students come with set goals and questions, while others just want to meet an alumnus and build a relationship. And while some have credited their former mentors for helpful career advice, others seem more grateful for the emotional support.

“It offers so much more than I expected,” said Sophie Jiang *22, who earned her master’s degree in architecture and, like Aguirre, discovered the program through her GradFUTURES scholarship. His conversations with his mentor, Marc Brahaney ’77*86, co-founder and president of Lasley Brahaney Architecture and Construction, went global. “We just talk about life in general. … It’s just more laid back and it actually feels more purposeful,” Jiang said. Since pairing up in May 2020, Brahaney and Jiang have met a dozen times; he even took Jiang to meet a potential client and attend his thesis review.

The same could be said for Gandhi and Aguirre, who, after a year of conversations between New Jersey and California, finally met in person when Gandhi visited Princeton with his teenage son. Aguirre acted as tour guide and then the trio went out for pizza.

Harker is pleased to see the program’s steady growth, which has helped students understand the various employment options available to them upon graduation.