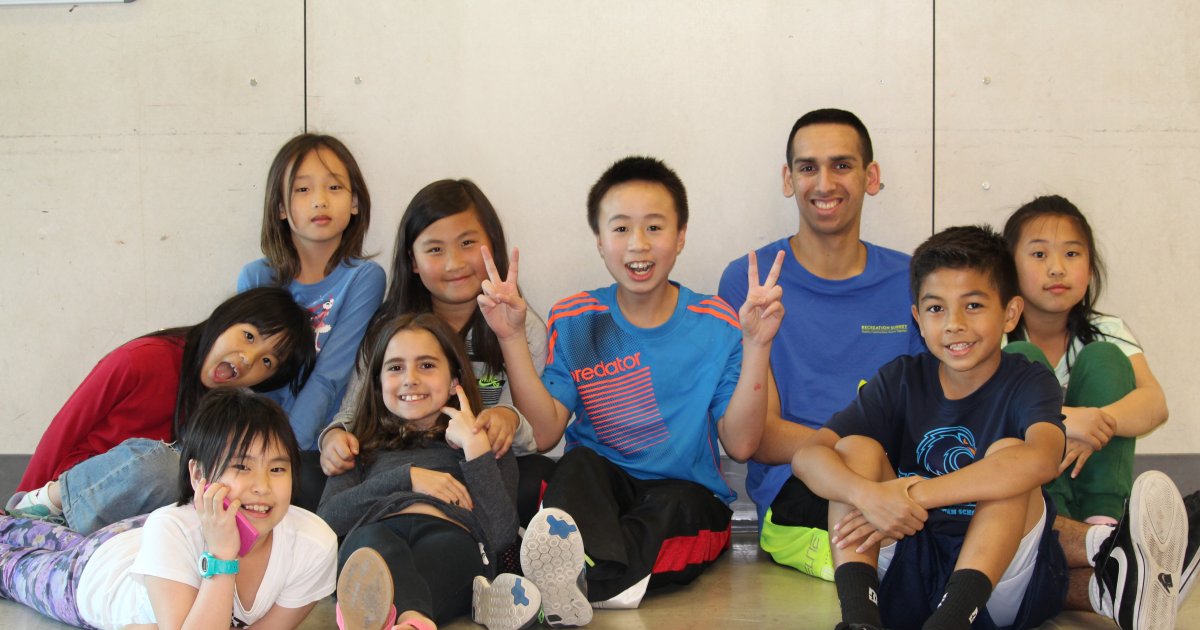 The MYzone after-school program celebrates its 10th anniversary this fall

For countless children, the MYzone After School Drop-In program has provided an affordable and accessible opportunity to learn, play, create and socialize in a safe environment. This fall marks the 10e anniversary of the popular show, and as the milestone approaches, we take time to reflect on its first decade. From pilot project to ongoing program, MYzone has established itself as an integral component of healthy child development.

Prior to the launch of MYzone, a clear need arose in the community. Preteens yearned for after-school engagement and parents sought support for their children throughout the school year. The city recognized this need, but also understood that if a viable program was to be developed, it would have to be executed well.

In 2012, MYzone was born and children, ages 8-12, finally had a space to make new friends and enjoy healthy snacks while playing games, doing crafts, participating in community projects and using quiet time to read or do homework in a fully supervised environment, from October to June. Anyway, the program had not yet been tested and despite extensive market research, many questions remained unanswered. Would the children accept it? Would parents have any reservations about the walk-in nature of the program?

Fortunately, these questions were quickly answered. Extensive research and development has paid off and the launch of MYzone has allowed children to thrive with access to open spaces, an abundance of supplies and equipment, and the opportunity to try new activities and to be creative in how they use their time. Once the children became familiar with the program, they were encouraged to get involved in their community and lead action projects within their facilities – a practice that continues today. To date, these projects have included charity fundraising, child rights awareness campaigns and art exhibitions at the Senior Centre.

The importance of good leadership

The program organizers recognized that strong leadership would be critical to the long-term success of the program in its early stages. MYzone leaders have been trained (and continue to be trained) in child development, so they can better understand how to create welcoming environments and nurture participants’ growth. Over the past ten years, MYzone leaders have helped shape the design and layout of each individual site by advocating for children’s interests and providing ongoing feedback. As research supports the need for more caring and safer adults in children’s lives, MYzone leaders strive to be positive mentors and allies who use a child-centered approach to the delivery of programs.

The path to success is rarely linear and MYzone’s sustainability has faced challenges over the past decade resulting from ever-changing economic factors. With the cost of living rising, one of the program’s core tenets – its affordability – was regularly under threat.

MYzone has worked to reduce barriers to access for families, helping to ease the financial strain on families and providing affordable options for children to recreate.

Each time the program has been evaluated, this intention has been kept in mind; the financial burden on parents and the exclusion of children simply could not be compromised. By absorbing the costs of running the program, the city is committed to creating a developmentally appropriate and safe space for children, where families don’t have to worry about the quality of the program being compromised due to cost. .

MYzone continued to thrive, growing from two sites to eighteen sites (pre-COVID). The program, once offered exclusively at recreational facilities, is now offered in schools and at City-operated facilities. With the centralized locations of many MYzone locations, transportation barriers have been further reduced for families. In 2018, the City of Surrey launched the MYgame scheme, to improve MYzone’s activity options for families during after-school hours.

In 2019, MYzone was recognized as the proud recipient of the British Columbia Recreation and Parks Association (BCRPA) Program Excellence Award. The award recognizes innovation and excellence in services that improve the quality of life of British Columbians through recreation and parks. MYzone was also recognized as a key initiative when the City of Surrey received the National Play It Fair Award in 2016 from Equitas – National Center for Human Rights Education.

MYzone has had a particular impact on newly immigrated families and homeschooled children. The opportunity for additional social interaction helped build confidence and a sense of belonging for many.

“My favorite aspect of the MYzone program is the civic engagement and leadership opportunities the program creates for our youngest citizens,” shared Rajdeep Kandola, After-School Services Coordinator.

“In 2017, 12 MYzone locations collaborated to host a Canada 150 celebration for their friends and families. MYzone attendees planned and executed all aspects of the event, from invitations, decor, entertainment, refreshments and more! The space buzzed with excitement and pride as families watched their children take on leadership roles and feel a sense of belonging to their community.

So what does the next decade hold for MYzone? According to Kandola, the program should expand in the coming years, offering more support to families across the city and continuing to adapt to participants’ interests, without compromising quality. In fact, Kandola’s ultimate dream envisions the return of MYzone participants as program leaders to inspire the next generation!