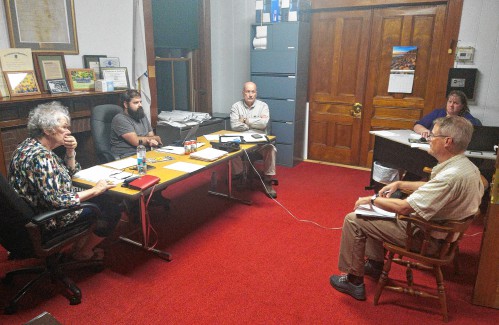 CHARLEMONT — The selection committee used this week’s permanent appointment with a school board member from the Hawlemont Regional School District as an opportunity to express outrage at the school’s handling of the budget.

Dan Girard, Marguerite Willis and Valentine Reid told school committee chair Ken Bertsch that they and community members were frustrated to learn from the newspaper that the committee had corrected a transportation error in the fiscal year 2023 budget, allowing excess money to be spent in other areas.

TMS, the district’s former corporate management service which it shared with the Mohawk Trail Regional School District, counted the transmission line twice when calculating the overall FY23 budget of approximately 2.64 millions of dollars. This mistake led to a budget that was $118,398 more than he should have included. The districts have since hired a full-time business manager, William Lataille.

Members of the selection committee repeatedly told Bertsch that their criticisms were not directed at him specifically, but they made clear their disappointment with the school committee and its lack of communication with school officials. the city.

“That (money) should come back to the taxpayers,” Girard argued. “People are really starting to get upset about this.”

Bertsch said “there were a series of spreadsheet errors”.

On September 7, the school committee approved the transfer of funds from the transportation budget to various other items, correcting the original error. The committee allocated $12,545 for the two-district, or 2D, agreement to cover the cost of shared expenses between Hawlemont and Mohawk Trail. Committee members also transferred $12,930 and $29,799 to two line items to cover the cost of special education teaching positions. This money supplements funding for a full-time educator and allows the school to hire a second full-time teacher.

Willis told Bertsch that the school committee was “aggravating an unsustainable problem.” Girard added that issues like this are the reason Charlemont residents don’t trust the school.

The six-member school committee is filled with new representatives. In April, five remaining members agreed to resign or not run for office in exchange for renewing the committee’s agreement with the Mohawk Trail School District. Charles Ricko, James Walsh and Suzanne Crawford resigned on the day of their respective municipal elections, while Beth Flaherty and Hussain Hamdan let their terms expire without mounting a re-election campaign. It came amid criticism from staff, faculty and residents angered by the committee’s treatment of school staff members and its handling of the relationship with Mohawk Trail.

“Things have to change at this school,” Girard told Bertsch on Monday.

“We try to do that,” Bertsch replied.

Bertsch mentioned that the next school committee meeting is scheduled for October 3rd.