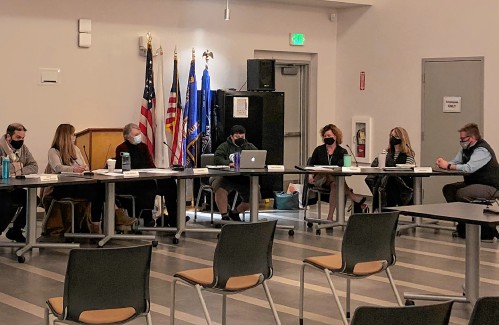 GREENFIELD — In an effort to make the school committee more accessible to the public, its members discussed the possibility of creating a type of public forum — separate from regular meetings — where parents could address committee members in a less formal.

“I think the idea is to have listening sessions, something that is not a school committee meeting, but the purpose is to gather feedback from community members, especially parents “, explained Kate Martini, a member of the school committee, during a meeting Wednesday at the John Zon Community Center.

After a conversation on the subject, members agreed that the next step would be to work with district administrators to send out a survey to families, as well as school committee members, about preferred times to hold one of these forums. The results of these surveys should be shared at the committee meeting in May.

The conversation stemmed in part from the interest of school committee member Elizabeth Deneeve, who recalled conversations she had had with members of the community during her campaign to be on the committee in November.

“Most people said they wanted a way to talk to the school committee…in a long way,” she said. “What was most important was the weather. … (school committee meetings) are too early in the day and there is no daycare. … A lot of people were saying if they could come and make public comments at a public comment only time, they would use it and appreciate it.

Martini agreed with Mayor Roxann Wedegartner, who also sits on the committee, that certain aspects of these forums could be devoted to issues of particular interest.

“I would also like to allow some time for parents to raise any issues that concern them, because for me that is the goal,” Martini said.

She added that she wanted to be “equity aware”. She noted that Greenfield Gardens, Oak Courts and Leyden Woods each have a community hall.

“I don’t know if the logistics of those particular spaces would work for that,” Martini said. “But I wish we could look into that.”

School committee member Glenn Johnson-Mussad suggested scheduling two sessions at different times and locations, one being more of an “open call” and the other focusing on a specific topic.

“None of us know what really works unless we try different things,” he said.

Deneeve said the most important thing is to give community members the opportunity to be heard.

“I think part of it is being able to open your mouths and eyes and ears, and just be there as people,” she said. “It doesn’t have to be a full school committee, it could be a few people who have the time.

As for the possibility of offering daycare services during these sessions, the president Amy Proietti expressed concern about the responsibility towards the school committee.

“I think we’re starting small,” she said. “I think we start by trying to get one… so you can gain momentum, work through the issues. Do not bite more than we can chew. Let’s try a few things and find a strategy that works.

Journalist Mary Byrne can be reached at mbyrne@recorder.com or 413-930-4429. Twitter: @MaryEByrne