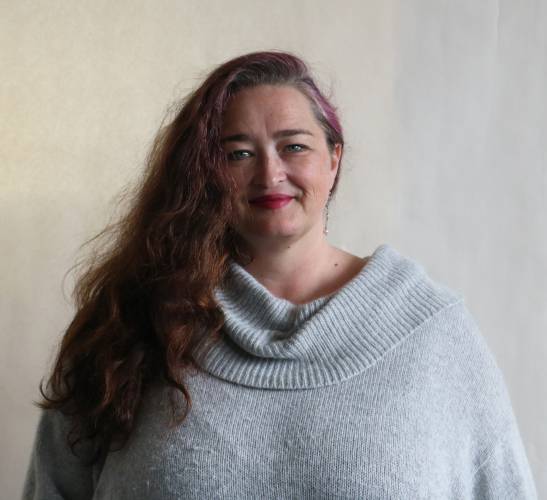 GREENFIELD – After receiving only a small number of survey responses, School Committee Member Elizabeth Deneeve and other committee members are advocating for a renewed effort in pursuing public forums as an additional means of parent-school committee interaction .

In an effort to make the school committee more accessible to the public, members discussed in April the possibility of creating a type of public forum – separate from regular meetings – where parents could address committee members in a less formal. Deneeve revived this conversation at last week’s meeting, seeking an update.

“Our legal representation as a school board has strongly advised us not to go down this route,” President Amy Proietti responded. “We’ve always gone out and surveyed our families and haven’t found enough interest to make it worthwhile.”

She said the survey received less than two dozen responses.

“If this is something that you as a school committee member want to invest time in and that is important to you, you can take responsibility for working with the superintendent, myself and our legal representation on the how you would proceed that would not violate the employment rights of our staff, violates the confidentiality of our students and staff,” Proietti told Deneeve. “There’s so much accountability around these forums that it’s not is not something that (the school committee) chooses to undertake at this time, particularly because there has been no specific outcry from the public.”

Deneeve, however, said her family – and others she spoke to – did not receive the survey.

“When I send an update to parents, I email and text everyone whose phone numbers or email addresses are listed in our student information database. “, Superintendent Christine DeBarge explained in an interview Monday, noting that parents and guardians are included. unless they intentionally withdraw. “My email includes the update, and my text usually says something like ‘A parenting update has been sent to your email.’… I don’t know why people wouldn’t respond, but it’s here.

School board member Kate Martini confirmed she saw the poll in DeBarge’s parents’ update. Online, the survey was included in parent updates released April 29 and May 6.

“I appreciate the frequent communication from the superintendent,” she said. “I think the low response rate says more about how this form of communication reaches parents than whether or not parents want to share or provide feedback or spend time with school committee members to make from their thoughts.

Martini said there were many reasons why the survey might not be accessible to its recipients, from differences in language or reading ability to differences in technological abilities.

“I hope to kind of build it and they will come,” she said. “I would feel quite comfortable hosting forums on particular issues, as this is not a game for everyone. We will organize redistricting forums, and we are not afraid to do so. I think if it was done in a fully planned way, it could certainly be done without risking staffing issues and things like that.

Glenn Johnson-Mussad, a member of the school council, also felt that there was a way to organize the forums in such a way as to ensure, as regular school council meetings do, that advice is followed in this regard. regarding what residents can and cannot legally talk about in a public meeting.

“I hear there’s been a data-based assessment that the public isn’t interested in having forums available,” Johnson-Mussad said. “That’s not my view at all. … I think members can be encouraged to take responsibility and take initiative, but if there’s no buy-in at the leadership level of the committee school, I’m not sure that’s really going to happen… and that disappoints me.”

Regarding next steps, DeBarge said she would wait to see what the school board chooses to do.

Journalist Mary Byrne can be reached at mbyrne@recorder.com or 413-930-4429. Twitter: @MaryEByrne.