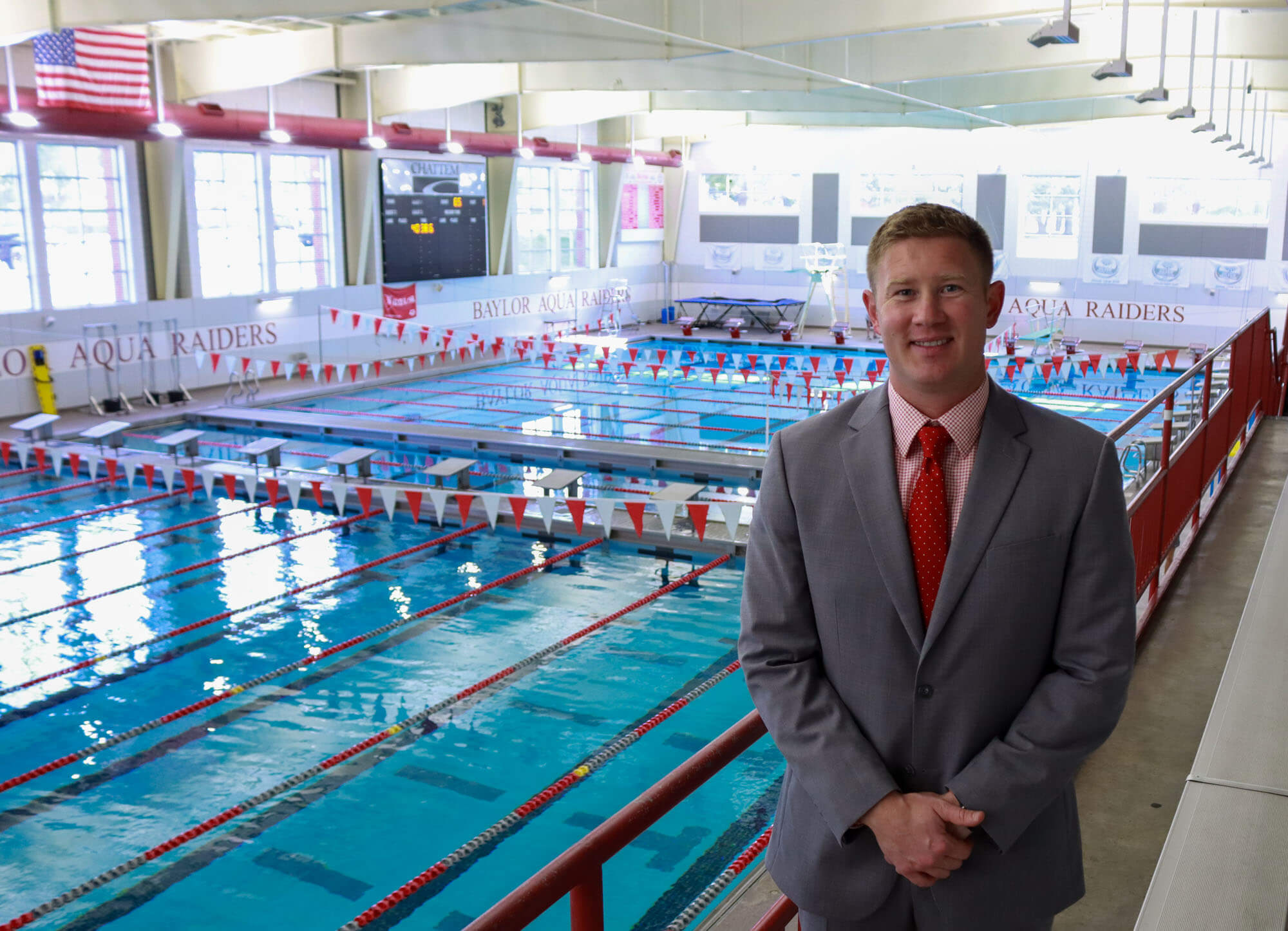 Baylor School and the affiliated Baylor Swim Club in Chattanooga, Tennessee, announced that Payton Brooks will become the program’s new head coach. Brooks comes to Baylor from Virginia Tech, where he has been an assistant since 2019.

Brooks takes over the role of Laura Pitman, who served as interim head coach since June, when the school parted ways with the longtime head coach Dan Flak after four weeks of “medical leave”.” Pitman will return to her role as assistant coach and director of operations.

Virginia Tech head coach Sergio Lopez said he will meet with the administration next week to determine when to hire Brooks’ replacement — now or in the offseason. The Hokies become one of many Power 5 programs entering the competitive year without a full coaching staff.

“Payton is everything we were looking for in a head swim coach. He has been an integral part of successful programs at various levels and is reputably building a strong relationship with his athletes,” said Mark Price, Baylor School Athletic Director. “I look forward to our student-athletes having the opportunity to develop under his leadership, and I’m confident he will continue to build on the success of this storied program.”

Brooks joined Hokie’s staff as an assistant in 2019; he played a role in leading the Technology men’s 11th-place finish at the NCAA championships the past two seasons – the best results in school history. The Technology the women finished 21st and 23rd respectively, earning the lady Hokies the second and third highest finishes in the program. Thanks to these performances, the Hokies won 42 All-American honors.

“I want to thank school principal Chris Angel, athletic director Mark Price and the Baylor community for the opportunity to lead this program,” said Brooks. “I am humbled and honored to be part of such a prestigious institution with rich traditions of excellence both in the classroom and in the pool. Together, we will continue to build on this success, but most importantly, we will dedicate ourselves to developing strong character and values ​​for our athletes.

Brooks also helped Pinnacle Racing to Virginia Technology (PRVT). This group hosted professional athletes from around the world preparing for the 2020 Tokyo Olympics. Six athletes from this group went to compete in the games, with a standout performance by Santo Condorelli winning a silver medal in the 400 freestyle relay.

Prior to joining the Hokies, Brooks took the head coaching ranks at Alderson Broaddus University, a private college in Philippi, West Virginia, for the 2014-15 season. During his time with the Battlers, both the men’s and women’s teams scored the most runs in school history as well as their best overall results in the conference championship game. They broke 12 school records for men and six for women. At Alderson Broaddus, his duties also included Director of Aquatic Sports.

Brooks served as an assistant coach at Bolles School from 2012 to 2014 for high school, age group, and professional group. His coaching achievements at Bolles include:

Brooks was a member of West Virginia Varsity swim team led by Sergio Lopez Miro. During his four-year college swimming career, he helped WVU capture its first (2007) Big East Championship title in school history. This season also marked the first team in school history to go undefeated (13-0) and finish the year ranked 20th in the nation. He specialized in sprint freestyle events and was a five-time All-Big East performer. Additionally, while at WVU, he was on the Top 10 list of all-time performers in the 50, 100, and 200 freestyle, 200, and 400 medley relays, and the 200, 400, and 800 freestyle relays. .

In his 5th year of sports eligibility, he joined the WVU football team as a wide receiver. He was named Scout Team Offensive Player of the Year and made the Gator Bowl team in 2010. Brooks is a graduate of West Virginia University with a bachelor’s degree in physical education and sports science with a concentration in sports training.

The Baylor School and Baylor Swim Club is one of the nation’s historic high school swimming programs. Notable alumni coached by Flack include Trey Freeman, who raced at the World Championships this summer in Budapest, Hungary. A total of 15 swimmers qualified for the Olympic trials during Flack’s tenure.

In 1984, former Baylor Geoff Gaberino swam the US 800 freestyle relay at the Olympics.

The boys and girls of Baylor School won the tag team titles at the Tennessee High School State Championship meet last year. This marked the third consecutive season in which they swept state titles.

2022-10-12
Previous Post: The school committee votes to support the school’s modernization project at the request of the State | West
Next Post: Launch of the “Walk and Roll to School” program + Cecil Girl Scout honored